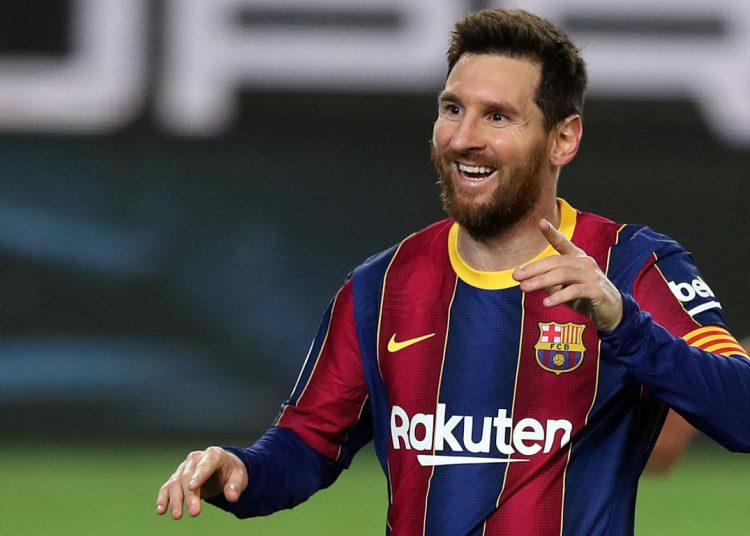 Lionel Messi has reached a verbal agreement on a five-year contract extension at Barcelona, with his salary to be reduced by 50 percent under terms of the new deal.

The six-time Ballon d’Or winner was officially a free agent as of July 1 after he failed to agree terms over a renewal before his previous Barcelona contract expired on June 30.

Earlier in July, Messi led Argentina to the Copa America title thanks to a 1-0 win in the final against hosts Brazil, bringing an end to his wait for a first major international trophy.

The 34-year-old has now agreed to stay on at his boyhood club for another five years, meaning he will be 39 by the time his new deal runs out – when he will have totalled 26 years on the club’s books.

Messi sparked an acrimonious transfer row in August last year, when he officially informed the club his wish to activate a clause in his contract which would have seen him leave for free.

However, La Liga president Javier Tebas and Josep Maria Bartomeu – Barcelona president at the time – blocked the move, indicating that the clause was only active until June 10 and any suitor would have to pay his €700m release clause in full.

“The president always told me that I could decide to stay or go at the end of the season and they’re now clinging to the fact that I hadn’t said anything by June 10, when it turns out that on June 10 the La Liga season was still ongoing and we were in the midst of this virus and this illness that altered the whole fixture calendar.

“And that’s the reason why I’m staying on at the club. I’m now staying because the president told me that the only way I could leave was by paying the €700m release clause, which is impossible.”

Bartomeu went on to resign in October, while Messi wanted to listen to the plans of his successor Joan Laporta before deciding his future.

Manchester City and Paris Saint-Germain have been the front-running clubs interested in signing him. Messi also wants to one day play in MLS.