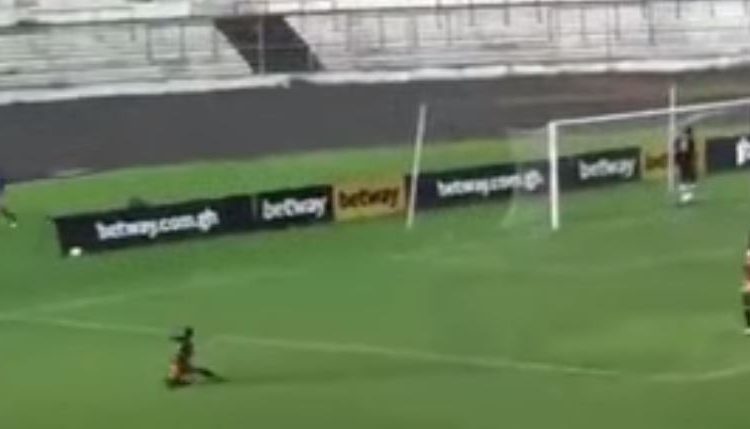 The own goals scored by Hashmin Musah in Inter Allies’ 7-0 loss to Ashgold are making all the headlines a day after the end of the 2020/21 Ghana Premier League season.

However, the own goals were not the only bizarre goals Allies conceded on Sunday.

A few of Ashgold’s other strikes have raised eyebrows online, with questions being raised about the second, fourth and fifth goals.

Some have suggested that the Inter Allies goalkeeper was a bit suspect in the part he played in the second and fourth goals, while the fifth could have been dealt with better by the defence.

Ashgold have claimed in a statement since the videos went viral on social media that the five goals scored by their players were”great” and any suggestions of foul play were mistaken.

While the GFA investigate the incident, Inter Allies have also commenced an internal enquiry.

You can check out all the goals from the game below and draw your own conclusions:

Six of the seven goals scored in the Ghana Premier League game between Ashgold and Inter Allies.

The controversy has resulted in the hashtag #FixGPL trending on Twitter. The GFA has also launched an investigation into the game.