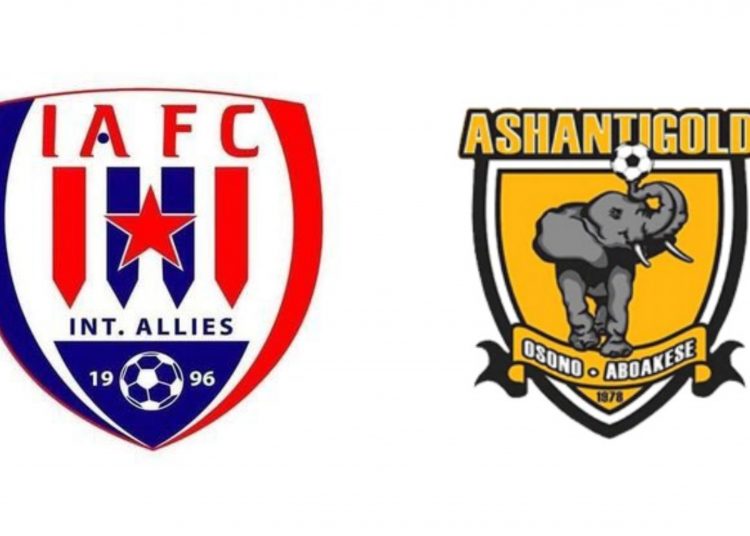 Inter Allies have commenced an internal enquiry into allegations of match-fixing in their 7-0 loss to Ashgold on Sunday.

The club is at the centre of a massive scandal after their defender, Hashmin Musah scored two second-half own goals in the space of four minutes near the end of the game.

Other questionable goals they conceded in the game have sparked claims of match-fixing.

The GFA have since launched an investigation into the incident while Ashgold have denied the claims levelled against them.

Inter Allies have also issued a statement on the incident, condemning “any such conduct and activity that compromises the integrity of the game.”

The club said it has instituted an internal enquiry and will report anyone found culpable to the GFA for sanctions and also dissociated itself from “such unprofessional conduct.”

The player himself has justified his actions, stating in an interview with Kumasi FM that he put the ball past his own goalkeeper twice to ruin an apparent bet that had been made prior to the game, predicting a 5-1 scoreline.

Below is the full statement from Inter Allies.

The attention of the management of Inter Allies Football Club has been drawn to a video in circulation concerning the Ghana Premier League game between the Club and Ashanti Gold SC at the Len Clay Stadium on 18th July, 2021.

The Management condemns any such conduct and activity that compromises the integrity of the game.

Without any prejudice to Ghana Football Association’s investigation, the Management of the Club has instituted an internal inquiry headed by Paul Parker Atitsogbui Esq to look into the matter and advise management accordingly.

We wish to state that any official or player found culpable of having played any role in the said matter shall be reported to the Ghana Football Association for appropriate sanctions.

Once again, the Management wishes to dissociate ourselves from such unprofessional conduct.

We thank you for your attention.