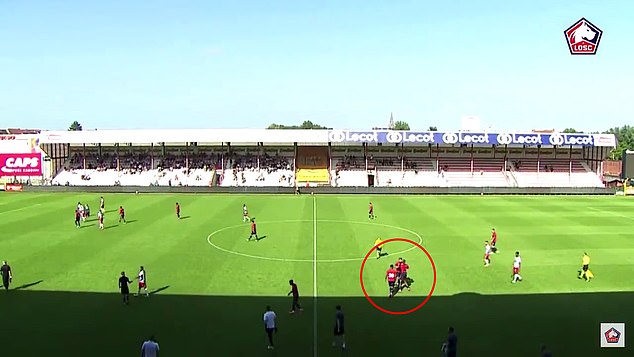 The start of French champions Lille’s preseason was enveloped in some chaos as a friendly match against Belgian side, KV Kortrijk saw two of their players sent off for fighting on the pitch.

The Portuguese pair, Xeka and Tiago Djalo were dismissed by the referee after a disagreement escalated into fisticuffs.

Xeka, reportedly upset with his teammate’s performance in the first half, confronted Djalo, resulting in the scuffle.

The referee separated the pair before showing both of them the red card.

However, the coach of the Belgian side offered to withdraw one of his players for a 10 v 9 match.

Lille, who had been down 1-0 prior to the incident found an equaliser as the match ended 1-1.