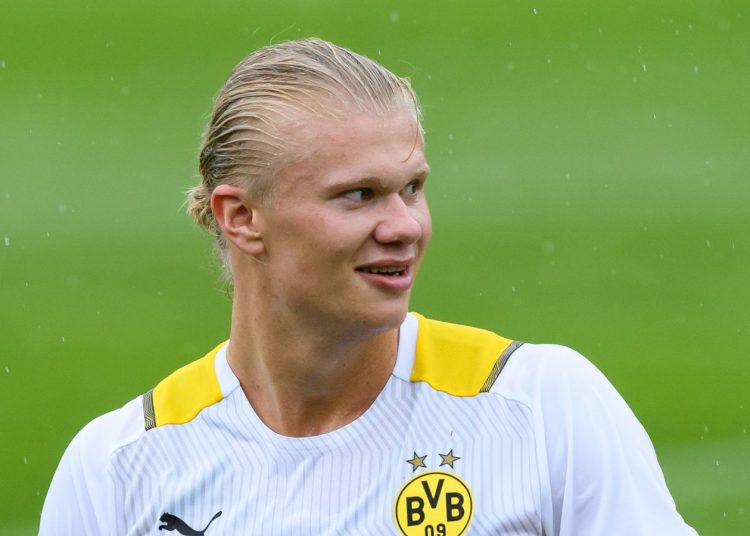 Chelsea were understood to have made an informal player-plus-cash approach for the 20-year-old earlier in July which would have seen either Tammy Abraham or Callum Hudson-Odoi move the other way.

However, Haaland poured cold water on the speculation during Dortmund’s pre-season training camp in Switzerland.

“I don’t really have much to say about this,” Haaland said. “I have three years left on my contract and I’m enjoying my time here (at Dortmund).

“Before yesterday, I didn’t speak to my agent in one month – I think you have the answer there.

Despite winning the Champions League, Thomas Tuchel’s side are on the lookout for a new striker ahead of the new season after struggling in front of goal at times last term.

Haaland is believed to be their primary target, but a source close to the discussions previously told Sky Sports News they face “mission impossible” in their bid to sign him.

Dortmund are also not keen to lose another key player so soon after allowing Jadon Sancho to join Manchester United in a £73m deal this summer.

Haaland will be available for around £70m next summer due to a release clause in his contract.