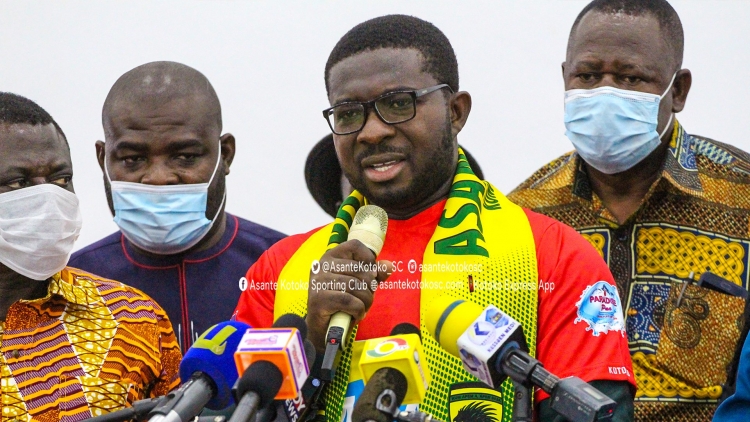 Asante Kotoko Chief Executive, Nana Yaw Amponsah, has revealed that he rejected an offer from an unnamed club in the United Kingdom to take up the Kotoko job.

Amponsah was given the Kotoko top job in August 2020 and has overseen a turbulent last 12 months at the club in which they failed to reach the group stages of the CAF Champions League, got knocked out of the MTN FA Cup at the semi final stage and finished second in the Ghana Premier League.

This has led to calls for his sacking, with many believing he is not cut out for the job in Kumasi.

But in an interview with Kumasi-based Oyerepa FM, Nana Yaw Amponsah touted his own abilities by claiming he rejected offers abroad to take up the Kotoko job.

“There’s a club in UK that wanted to employ me as director of Football. People should respect the institution Asante Kotoko. My salary was negotiated with the board.”

Since taking over the club in less than a year, the renowned football agent managed to secure Hisense and Erea as a mega headline and kit sponsorships for the club and also landed a partnership agreement with English Premier League side Southampton- a deal which was launched few weeks ago.