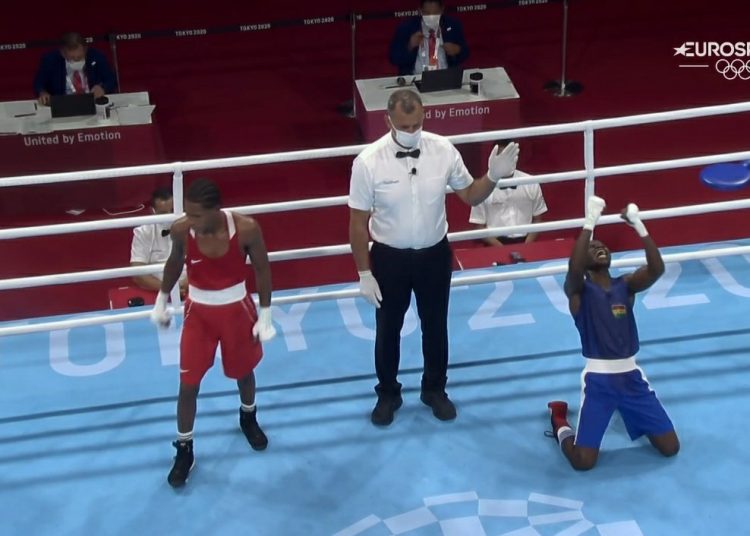 The Black Bombers captain is through to the Round of 16 stage after a split decision victory in the Flyweight division of the Tokyo Olympics boxing event.

Sulemanu Tettheh started slowly but gradually warmed himself into the fight, winning the last two rounds after falling behind in three of the five judges’ scorecards in the first round.

According to Ofori Asare, Team Ghana is determined to make an impression at the games.

I think we are manifesting the kind of training and preparation that we had that we are claiming that we want to make history here.

It is not easy but we are gradually on the right path.

Sulley’s wins may signal a lot for people to know that we are really serious regarding all the words that we spoke before coming here.

We are still asking for Ghanaians to pray for us because it is not an easy competition but we will put up our best to make Ghanaians happy.

The next Ghanaian boxer in action will be Samuel Takyi against Jean Carlos Pachito Caicedo of Ecuador on Wednesday July 28 at 04:06GMT.