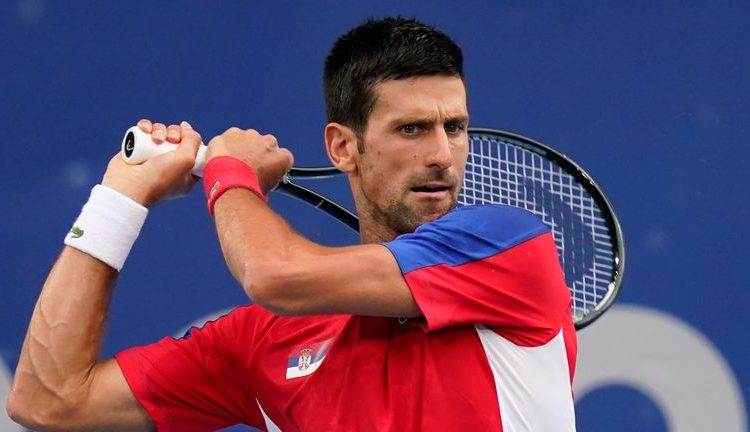 Novak Djokovic’s bid for a ‘Golden Slam’ is over after defeat to Alexander Zverev in the semi-finals of the Olympic Games in Tokyo.

The world No 1 was aiming to become the first man to win all four majors and an Olympic singles gold medal in the same calendar year. Steffi Graf is the only tennis player to have achieved this feat previously.

After a productive series of matches in Tokyo, and Djokovic flying through the opening set of the semi-final, his bid to create more tennis history looked secure.

However, 24-year-old Zverev showed an exceptional level of determination and character to turn his own game around and triumph 1-6 6-3 6-1.

Zverev will now face Karen Khachanov in the final.

The world No 1 must dust himself off and meet Pablo Carreno Busta of Spain in the bronze medal match.

Tokyo 2020: Ghana's Nadia Eke out after 3 'no jump' attempts in triple jump