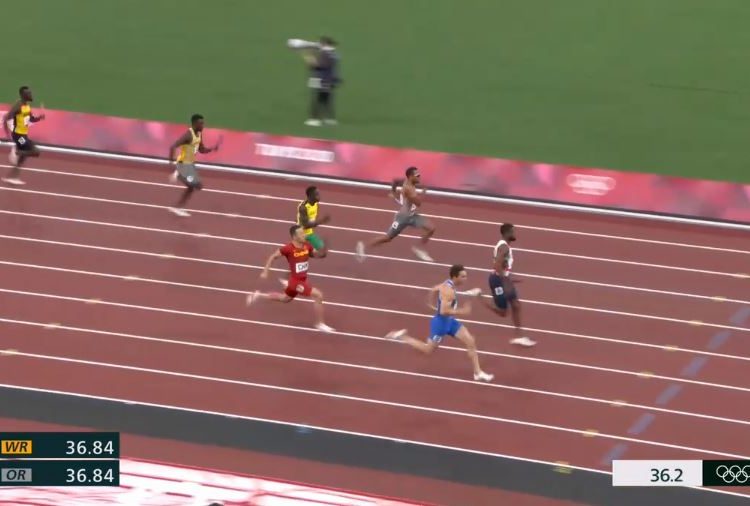 Ghana’s 4x100m team was disqualified in the men’s final, with Italy pulling off another stunning run to clinch gold.

Ghana has disqualified in the final of the men’s 4x100m relays.

The quartet of Sean Safo-Antwi, Benjamin Azamati, Emmanuel Yeboah and Joseph Paul Amoah, finished 7th in a very fast final with a time of 38.40s but eventually got were disqualified for an offence on the last changeover. 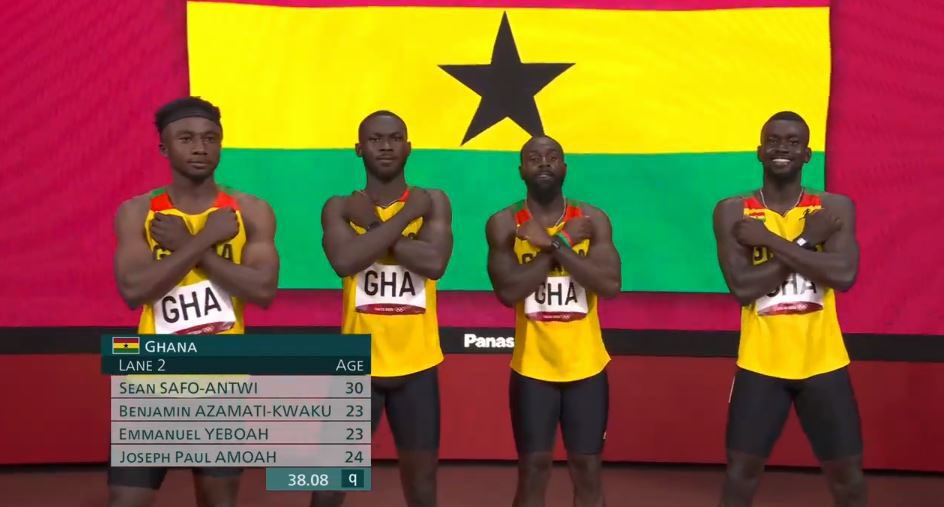 Ghanaians rallied behind their sprinters and had great hope of achieving the impossible, but that was all it was, impossible.

Sean Safo-Antwi started the race and was relatively slower than he was in the heat and that followed through with all the other sprinters who had to play catch up with the rest of the pack.

However, Benjamin Azamati recovered well and gave it to Emmanuel Yeboah who handed the baton to Joseph Paul Amoah for the anchor leg.

Joe Paul completed the race but Team Ghana was eventually disqualified because the final switchover happened outside the legal zone.

Jamaica finished 5th behind China who made it to fourth followed by Germany and Japan, who did not finish the race.