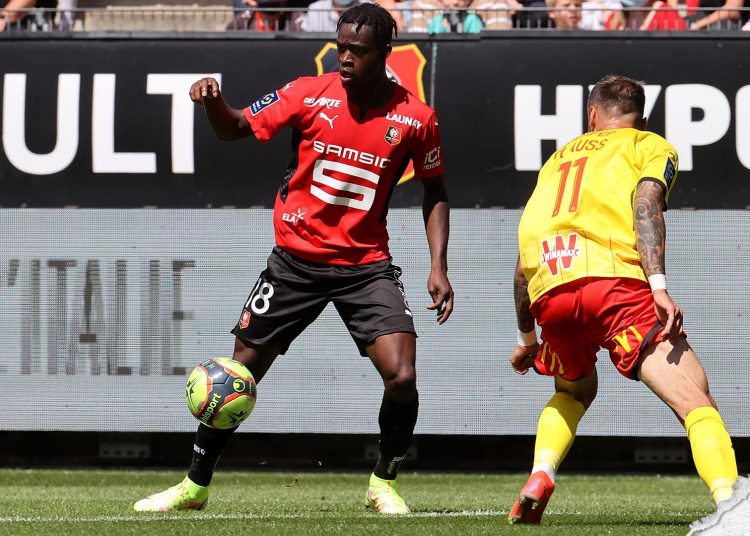 It took Ghanaian wonderkid Kamaldeen Sulemana just 14 minutes to register his first goal for French Ligue One side Rennes.

Playing on his favorite left side of the pitch he received a pass from midfielder Flavien Tait, took on his marker in a foot race before curling in a beauty that kissed the inside of the right post before going in from the edge of the box.

Kamaldeen Sulemana is a man on a mission

The goal on his debut is against RC Lens is also Rennes opening goal of the 2021/2022 Ligue One season.

The youngster at his unveiling presser promised fans that he would score a ton of goals and has started on a strong note.

He joined this season for a fee of 15 million euros for FC Nordsjaelland.