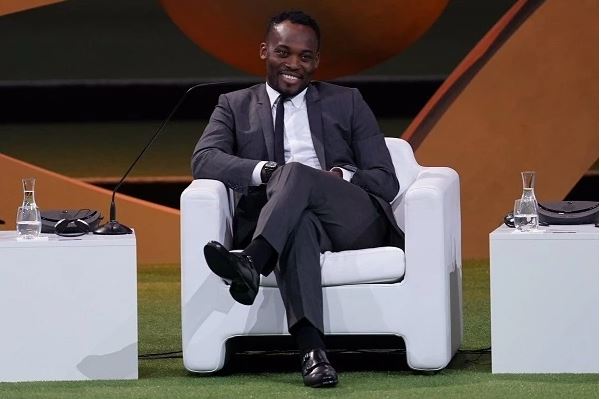 Ex-Ghana midfielder Michael Essien has been named as a special guest to assist in the 2021/22 UEFA Champions League draw.

The former Chelsea star will be joined by former Blues teammate Branislav Ivanovic for the draw on Thursday, August 26, 2021.

Essien was part of the Chelsea team that won the Champions League for the first time in the club’s history in 2012.

The Blues have since won a second European crown after defeating Manchester City in last season’s final.

Meanwhile, Thursday’s draw will see the 32 qualified teams across Europe paired into eight groups of four each.

The teams will be split into four seeding pots. Pot 1 will consist of the holders, the UEFA Europa League winners and the champions of the six highest-ranked nations who did not qualify via one of the 2020/21 continental titles; Pots 2 to 4 will be determined by the club coefficient rankings.

Also, no team can play a side from their own association. Any other restrictions will be announced ahead of the draw tomorrow’s ceremony.

Meanwhile, in the case of associations with two representatives, clubs will be paired in order to split their matches between Tuesdays and Wednesdays.

And when an association has four (or more) representatives, two pairings will be made. These pairings are to be based on TV audiences and will be confirmed before the draw ceremony.