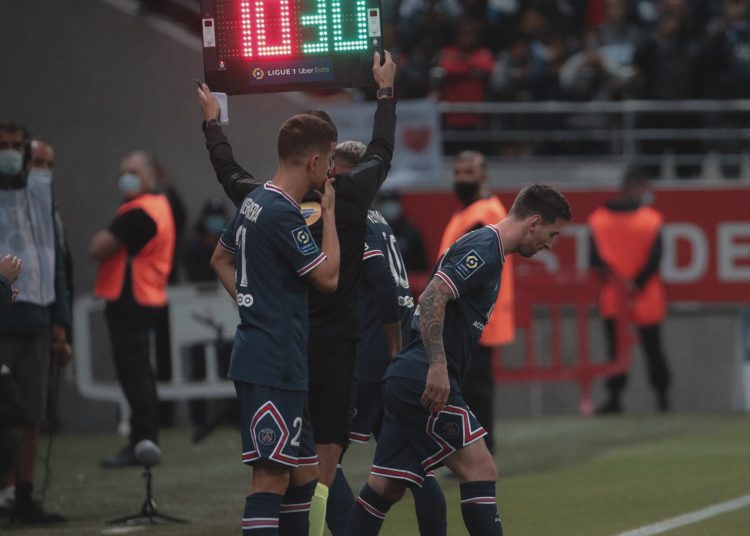 Lionel Messi received a beautiful reception at the Stade Auguste Delaune when he made his highly-anticipated PSG debut yesterday against Reims.

The Argentine who joined the Paris-based club earlier this month on a 2-year deal was warmly welcomed by 21,000 fans in attendance while warming up.

There was a more buzzing atmosphere when the 6-time Ballon d’Or winner replaced Brazil’s Neymar on the 65-minute of the game.

The first participation of the legend #Messi in the Paris Saint-Germain shirt, as an alternative to Neymar, it hurts to see him in a club shirt other than Barcelona💔pic.twitter.com/DIEs20vwlT

PSG went ahead to pick up a 2-0 win thanks to a brace from Kylian Mbappe in what could be his final game in a PSG shirt as rumours lurk ahead of a move to Real Madrid.