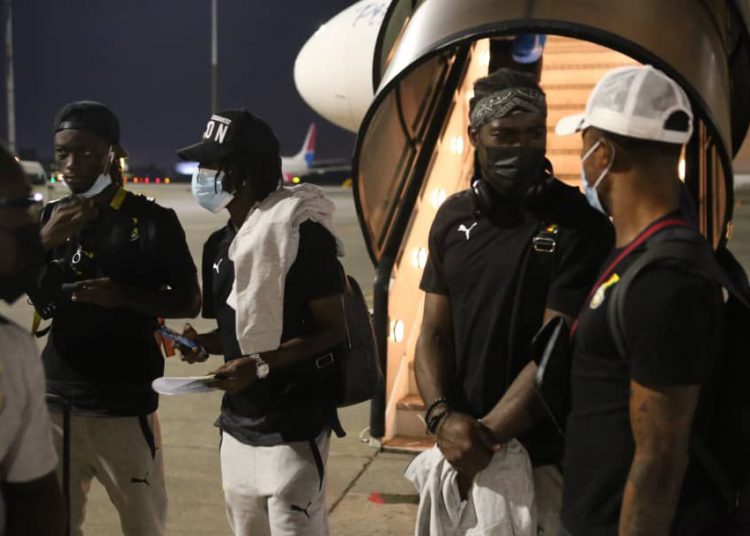 The Black Stars of Ghana arrived from South Africa on Tuesday morning with a chartered flight after their 2022 World Cup qualifier.

The Bafana Bafana defeated the Black Stars by a lone goal to go top of Group G in the World Cup qualifiers.

It was the first competitive win for Hugo Broos side over the four time African champions in 21 years.

Bongokuhle Hlongwane scored in the 83rd minute to secure the win for Bafana Bafana over the Black Stars.

Ghana coach CK Akonnor has come under severe criticism after the defeat following the abysmal performance of his team.

The Stars failed to record a shot on target and showed an uninspiring performance against South Africa.

The team depart from South Africa few hours after the game and arrived at the Kotoka International Airport in the early hours of Tuesday morning.

The European based players have all left to rejoin their clubs after arriving in Ghana.

Ghana play a doubleheader against Zimbabwe in the 2022 World Cup qualifiers in October.