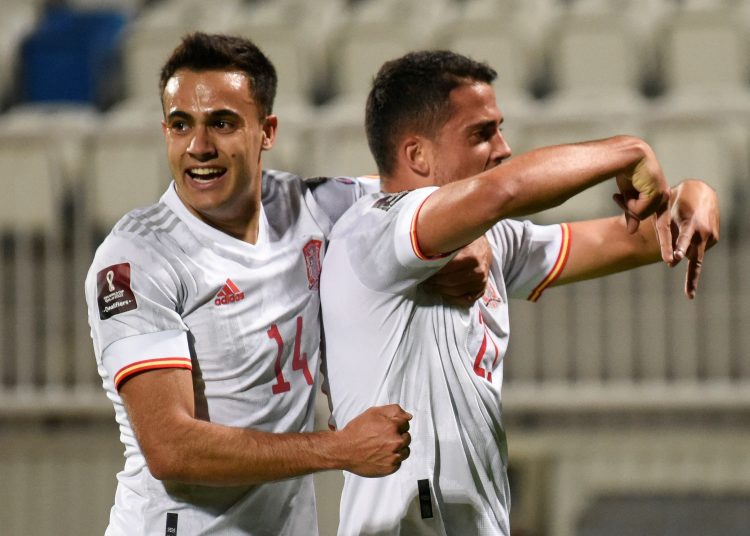 West Ham midfielder Pablo Fornals scored his first goal for Spain on his full debut as they won away at Kosovo to boost their hopes of automatic World Cup qualification.

Fornals produced a fine near-post finish from a tight angle, before Man City’s Ferran Torres doubled the lead on the break late on.

Luis Enrique’s side moved clear at the top of Group B on 13 points from six games.

They are four points ahead of Sweden.

Sweden, who have two games in hand, lost to Greece 2-1 to move into third place.

Fornals, who joined the Hammers for £24m from Villarreal in 2019, helped Spain’s Under 21s win the European Championships this summer.