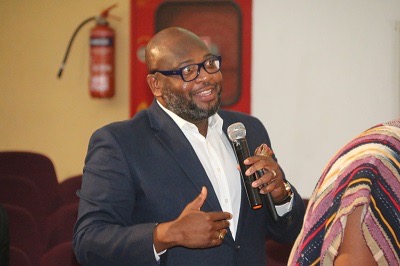 The Black Stars’ recent form is no grounds for panic, according to Executive Council Member of the Ghana Football Association, Randy Abbey.

Ghana lost to South Africa in their second group game in the ongoing FIFA World Cup qualifying series, to drop to second on the log, with only the group winner to qualify.

Head Coach, CK Akonnor, has been under pressure in recent times, due to Ghana’s poor performances, coupled with the team’s lack of potency up front.

Black Stars have managed just 4 shots on target in their last 4 matches, scoring just once.

These numbers have seen growing concerns among football lovers in the country, especially with the AFCON just four months away.

Randy Abbey has confirmed the GFA will have an Executive Council meeting on Friday, has cooled talk of an Akonnor sacking.

“Ghana lost their  GFA has fixed an Exco meeting for Friday,” he told Asempa FM.

“Black Stars management are yet to send their report. People can discuss but can’t rush FA. It’s not a panic situation.”

Ghana will face Zimbabwe in a double header on October 6 in Ghana, and on October 10 in Zimbabwe.