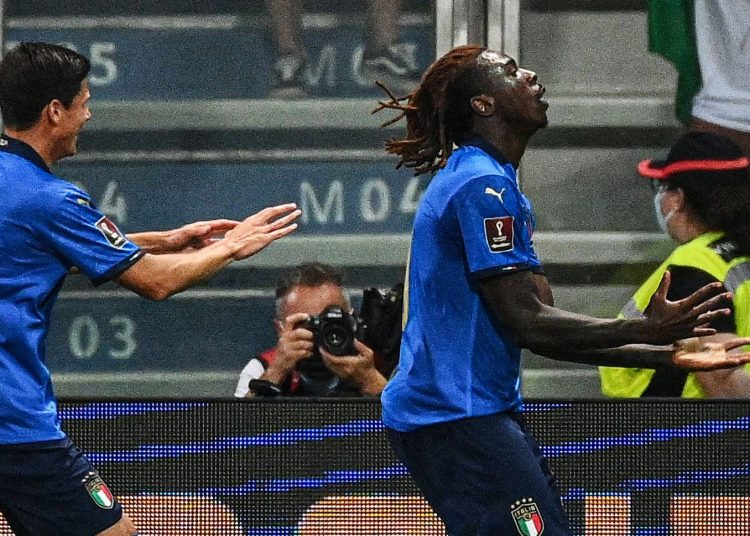 European champions Italy became the first national team to go 37 games without defeat as they thrashed Lithuania in a World Cup qualifier.

There were suggestions the Azzurri had broken the record during last Sunday’s goalless draw with Switzerland.

However, Roberto Mancini’s side ended any doubt, with Everton’s Moise Kean – on loan at Juventus – scoring twice.

Some had claimed Italy had already secured the longest unbeaten streak by a national team at the weekend – but Brazil disputed the suggestion.

They insist they also went 36 games unbeaten between 1993 and 1996, with the confusion surrounding a match during that run against a Romania B side.

Italy, however, made that debate meaningless as they scored four times inside the first 30 minutes in a match for the first time in their history.

Mancini’s side have not been defeated for three years since losing to Portugal in a Nations League match on 10 September 2018.

The Azzurri are six points clear at the top of Group C with four games remaining – although second-placed Switzerland have two games in hand.

No cause for panic - Randy Abbey on Black Stars situation