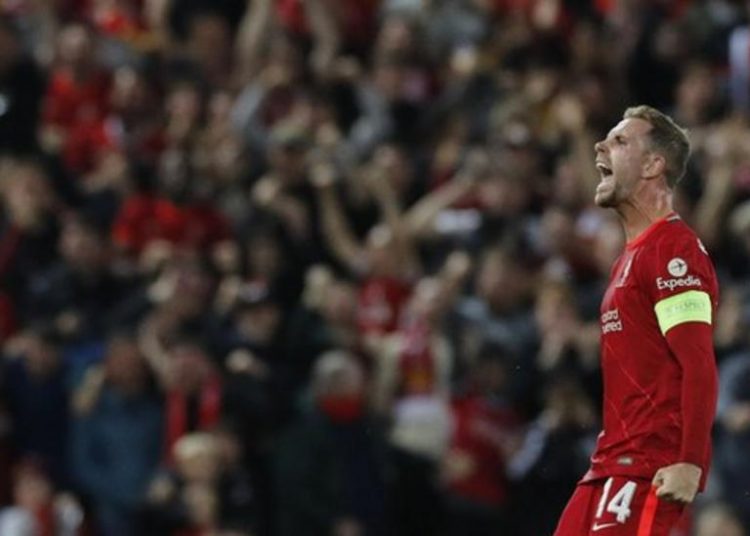 Liverpool had to come from behind to win a Champions League thriller against AC Milan at Anfield.

Jurgen Klopp’s team laid siege to Milan’s goal from the start, taking a deserved early lead when former Chelsea defender Fikayo Tomori deflected a cross from Trent Alexander-Arnold into his own net.

Liverpool, who missed the chance to double their advantage when Mohamed Salah’s penalty was saved by keeper Mike Maignan, were stunned when Milan struck twice in the space of seconds right on half-time after being completely outplayed to take the lead through Ante Rebic and Brahim Diaz.

Klopp’s side regrouped to subject Milan to intense pressure once more after the break and were rewarded for their stirring comeback, Salah making amends after his penalty miss by equalising from close range after 48 minutes when he was superbly set up by Divock Origi.

And as the traffic became one-way once more with Anfield turning up the volume, Jordan Henderson rifled home his first Champions League goal for seven years in the 69th minute when Milan could only partially clear a Liverpool corner to settle this richly entertaining Group B opening game.