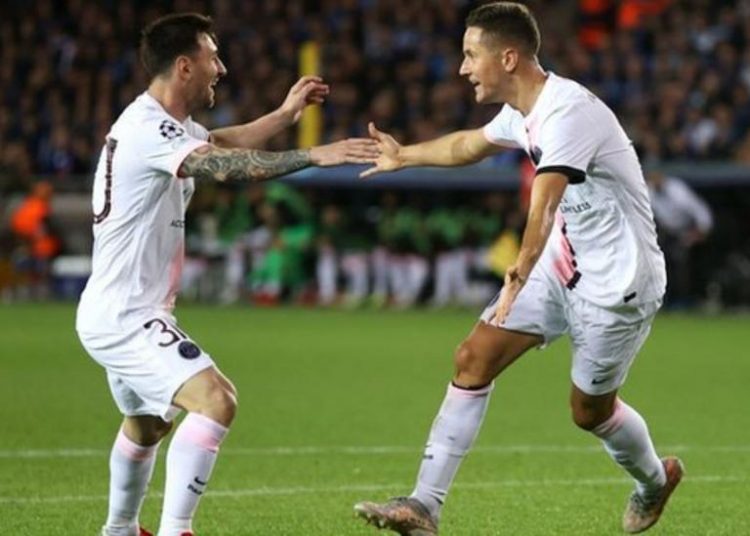 Lionel Messi struggled to make an impact on his first Paris St-Germain start as the French side were held by Club Brugge in the Champions League.

Messi struck the crossbar but, for all the hype around PSG’s new signing, it was Ander Herrera who netted the opener after great work from Kylian Mbappe.

Hans Vanaken scored a deserved equaliser before the break to get the Jan Breydel Stadium rocking.

A frustrating evening for Messi then saw him carded for a second-half foul.

PSG struggled to deal with the home side’s aggressive pressing throughout and needed goalkeeper Keylor Navas to tip Charles de Ketelaere’s well-struck effort over the crossbar to keep them level.

Mbappe was replaced after 51 minutes as PSG found it difficult to break down the energetic hosts, who may feel they could have won the game themselves.

Messi began to find more space as the Belgian side tired late on but the 34-year-old was unable to unpick the Brugge defence on his full debut for PSG.