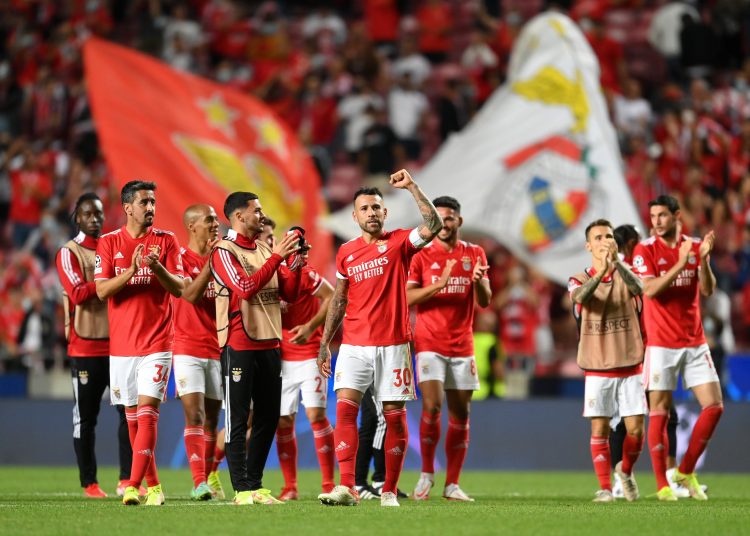 Ronald Koeman said there was “no point” comparing his Barcelona team to those from the past after defeat by Benfica made this the club’s worst start to a Champions League campaign.

Barca – also beaten 3-0 by Bayern Munich earlier this month – have lost their opening two matches in the competition for the first time, and sit bottom of Group E.

Benfica got off to an energetic start and opened the scoring inside three minutes, when Darwin Nunez cut inside and finished low into the near corner.

Rafa Silva then clipped in a second after the break and Nunez netted a penalty in a comfortable victory for the home side.

“I’m not going to argue about the level of my team,” said Koeman, part of the Barca side that won the European Cup in 1992.

“There’s no point in comparing this with Barcelona teams of years gone by. That’s as clear as water. I can only give you my opinion of my work at the club – I feel backed by my players and their attitude.”

As well as his two goals, Nunez also hit the post from out wide after rounding stranded Barcelona goalkeeper Marc-Andre ter Stegen, who made a rash decision to charge out of his area.

Luuk de Jong missed a glorious chance to level for the visitors early in the first half when presented with a seemingly open goal.

But Barca only registered one effort on target and had Eric Garcia sent off for a second booking with three minutes remaining.

“Benfica were strong physically and they’re quick. I think that for the first and second goals we just had to defend much better,” added Koeman.

“We had really good scoring chances and that’s how you change the direction of a match. The fact that Benfica put away the large majority of the few chances they actually created then that’s the big difference between the two teams.”

It is the first time Barcelona have lost their opening two matches in a European campaign since the 1972-73 Uefa Cup, when they were beaten in both legs by Porto.

The five-time winners face the prospect of not featuring in Champions League knockout stage for the first time since the 2003-04 season, when they did not qualify for competition.

The last time they failed to progress from the first group stage when playing in Europe’s top club competition was in 2000-01.