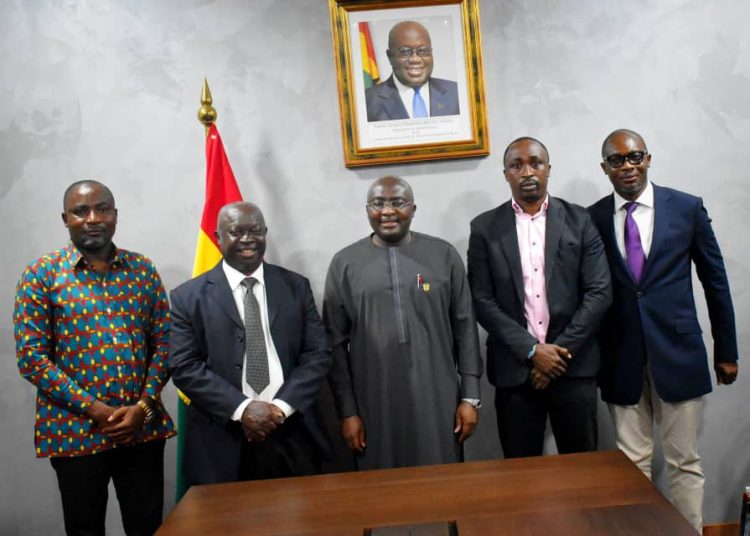 The Sports Writers Association of Ghana (SWAG) today engaged the Vice President of Ghana, Dr. Alhaji Mahmoud Bawumia at the Jubilee House on a wide range of issues.

Led by its President Kwabena Yeboah, the mother body of Sports journalists in Ghana, SWAG commiserated with the veep on the demise of his mother and consoled him for the loss.

Kwabena Yeboah who was accompanied by his vice Maurice Quansah, General Secretary Charles Osei Asibey, and his deputy Thomas Boakye-Agyeman also discussed few issues with the Vice President especially the state of Ghana Sports among others.

Dr. Bawumia expressed his happiness at meeting the group, thanked SWAG for the visit and reiterated the need for more of such meetings, asking SWAG to continue the watchdog role it’s played over the years and commended them for the SWAG awards, which is the longest running awards event in Ghana .

Present at the meeting was the Secretary to the Veep Mr. Augustine Blay and Special Assistant to the Vice President Tamimu Issah, himself a member of of Swag and a former deputy spokesperson of the Ghana Football Association.