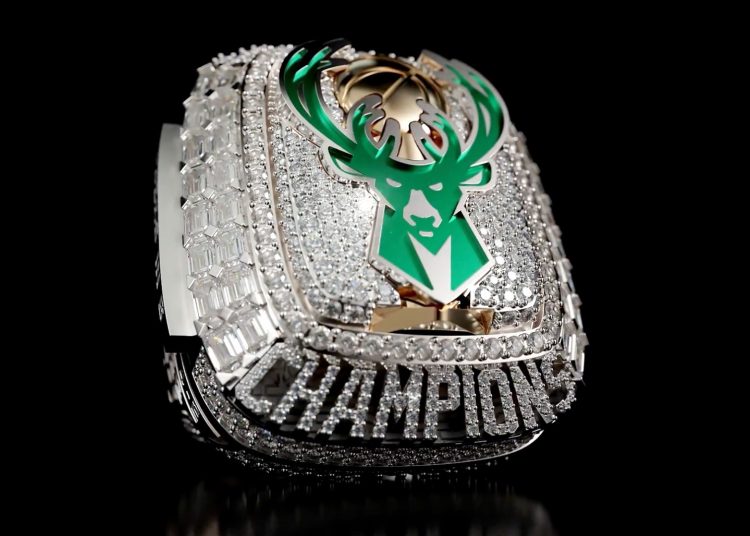 Milwaukee’s players received their commemorative championship rings on opening night after delivering the second title in the history of the franchise.

The heavy rings feature more than 400 diamonds in the design.

In total, there are approximately 4.14 carats of emeralds representing the 414 Milwaukee area code. The 50 round stones on the inner bezel stand for the 50 years since the team’s last championship win.

There are two trophies on the inside shank to represent the two franchise championships, and Fiserv Forum’s architecture is also featured on the side of the ring. The NBA Larry O’Brien Trophy on the face of the ring is made up of a signature batch of 65.3% purity yellow gold to represent the season winning percentage. Even the carat weight of the stones has meaning.

Approximately 3 carats of stones on the shank represent the three conference championships in Bucks history. The approximately 0.53 carats on the World Champions wording on the ring represents the total years the Bucks have been in existence.

There are even hidden details in the ring that you cannot see. The ring has a removable top that reveals a QR code that when scanned plays a video highlighting memorable moments from the season.