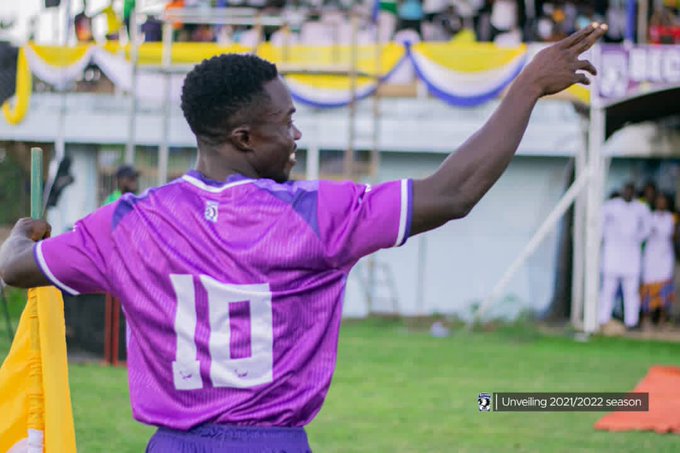 The playmaker joined the Hunters after parting ways with Asante Kotoko.

He scored a superb goal on his second debut, the fourth of Bechem United’s 4-0 thrashing of Medeama SC in the 2021/2022 Ghana Premier League opening weekend.

Before the game, Okrah was unveiled at the Nana Foso Gyeabour’s Park after joining the Hunters ahead of the 2021/2021 Ghana football season.

The player has compared his return to that of Cristiano Ronaldo’s second debut for Manchester United and claims he had the better reception than that of the Portuguese international.

“Thank you Bechem for this wonderful welcome given me today as we beat Medeama 4-0. Even C. Ronaldo didn’t get this after he rejoined Man United: One goal, two assists and three points,” he tweeted after the game.
Okrah and his other Hunters will travel to the Baba Yara Stadium for their matchday two games against Asante Kotoko.