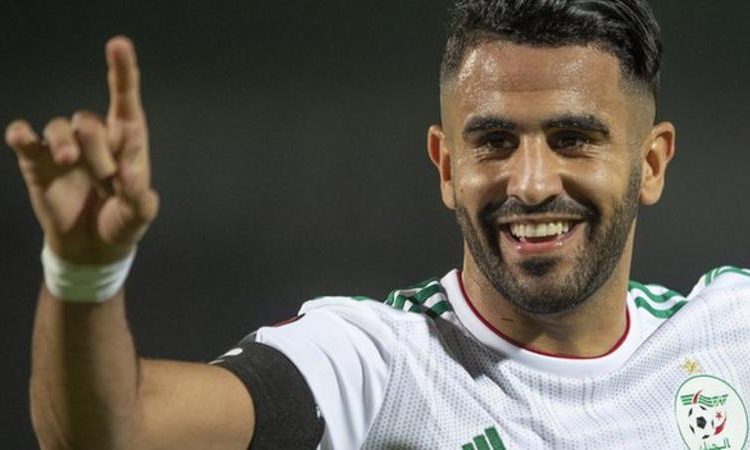 Algeria and Nigeria did enough to reach Africa’s play-offs for the 2022 World Cup after drawing their final qualifiers.

Both sides needed just a point at home against their closest challengers to secure top spot in their respective groups on Tuesday.

Algeria twice led against Burkina Faso but drew 2-2, while the Super Eagles won Group C despite being held 1-1 by Cape Verde in Lagos.

Democratic Republic of Congo, Egypt, Ghana, Mali, Morocco and Senegal have already reached the play-offs, which will take place next March and decide the continent’s five representatives in Qatar.

However, South Africa have complained to Fifa about the refereeing in their 1-0 defeat by Ghana on Sunday, which decided top spot in Group G.

Relief for Algeria and Nigeria

Continental champions Algeria were pushed all the way by Burkina Faso, who needed victory in Blida to keep their hopes of a first-ever World Cup appearance alive.

Algeria took the lead midway through the first half when Manchester City forward Riyad Mahrez converted a cutback from Youcef Belaili, but the Stallions equalised eight minutes before the break through Zakaria Sanogo, who chipped the ball over Rais M’Bolhi.

Half-time substitute Sofiane Feghouli restored the Desert Foxes’ lead, converting another pull-back by Belaili in the 68th minute, but the Burkinabe got a second equaliser through Issoufou Dayo’s penalty with six minutes left to set up a nervous finale to the Group A clash.

However, Djamel Belmadi’s men held on to extend their unbeaten run to 33 matches – four short of Italy’s world record of 37 set earlier this year.

Similarly, Nigeria had a two-point lead over Cape Verde going into their showdown but Gernot Rohr’s side scraped into the play-off stage.

The Super Eagles made the perfect start as in-form Napoli striker Victor Osimhen controlled a cross from Moses Simon and slotted home in the opening minute, but the islanders hit back four minutes later when defender Stopira headed in a corner kick.

Cape Verde keeper Vozinha made several saves in the first half to deny the hosts and the Blue Sharks almost pulled off an upset – with Nigeria defender Chidozie Awaziem making a crucial late block.

In the other match in Group C, Liberia beat Central African Republic 3-1.

Marcus Macauley and Peter Wilson gave Liberia a 2-0 lead after eight minutes and, after Isaac Ngoma pulled one back on 61 minutes, Wilson restored the Lone Stars’ two-goal advantage 12 minutes later.

Earlier on Tuesday, already-qualified Egypt rounded off their campaign with a 2-1 win against Gabon in Alexandria to finish unbeaten in Group F.

Al Ahly midfielder Mohamed Magdy put the Pharaohs ahead from the penalty spot in the fourth minute after Ahmed Yasser Rayyan was clipped by Denis Bouanga.

Clermont forward Jim Allevinah scrambled in a cross to equalise nine minutes after the restart but Gabon defender Johann Obiang deflected a through ball past his own keeper with 15 minutes remaining, and his own goal proved to be the winner.

The visitors finished with 10 men as Bouanga was sent off late on for a kick out at Mohamed Hamdy – his second bookable offence – giving Carlos Quieroz’s Egypt a fourth win in six matches.

Elsewhere Libya finished behind Gabon on goal difference following a 1-1 draw with Angola.

Sanad Al Warfali’s penalty gave the north Africans the lead four minutes into the second half after Yousef Karah was bundled over, but Angola striker Zini fired in a loose ball from seven yards out to net the leveller in Benghazi in the 81st minute.

In Cotonou, a second-half own goal from Malawi captain Limbikani Mzava gave Mozambique their first win of the campaign in Group D.

The defender headed a long ball over his goalkeeper from just outside the area and the result saw Malawi, who will feature at the Africa Cup of Nations in January, leapfrogged by their neighbours.

Mozambique finished the group campaign on four points, one more than the Flames.