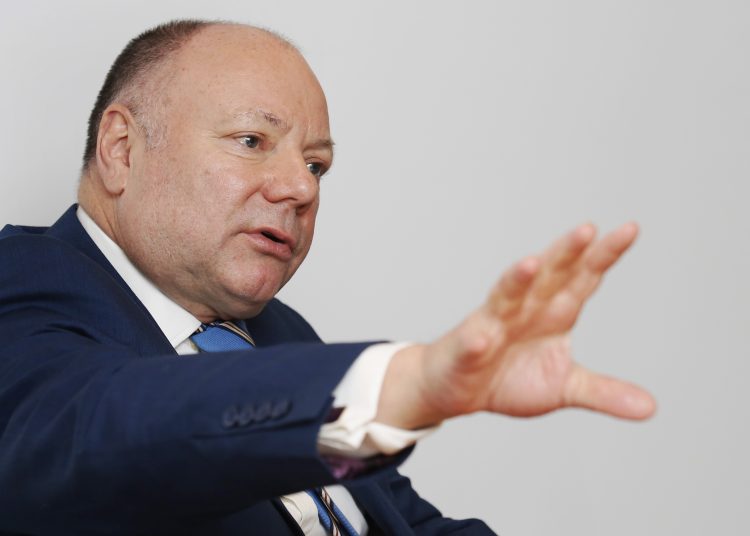 Gary Hoffman is set to step down as chairman of the Premier League following a backlash from clubs relating to Newcastle United’s takeover by a Saudi Arabian-based consortium.

Clubs complained to the Premier League in October after it cleared the deal, with frustration over how the buyers passed the owners’ and directors’ test.

There are numerous human rights issues linked to Saudi Arabia.

Amnesty International has since called for the ownership test to be changed.

The 61-year-old, who has been the Premier League’s chairman for 18 months, has taken the brunt of the blame from clubs over the green light being given to the takeover by the Public Investment Fund.

Although Premier League officials felt there was no option other than to allow the deal to go through 18 months after it was first halted, clubs were unhappy at being told about it so late that they could not mobilise an attempt to stop it.

Clubs have already started the process of stopping commercial deals associated with the ownership in an effort to reduce the amount of money Newcastle can spend, for fear it will distort the league.

It is understood Hoffman is yet to take a final decision but an announcement of his departure is expected in the coming days.

He took over as Premier League chairman in April 2020 after Claudia Arney served as acting chair following Richard Scudamore’s departure in 2018.

Soon after his appointment, Hoffman received criticism for his knowledge of talks about the failed European Super League project and the Newcastle situation has exacerbated concerns.

His likely departure comes at a delicate time for the Premier League, with clubs waiting for the findings of MP Tracey Crouch’s fan-led review, in addition to continuing negotiations over key overseas television rights deals, the United States one being poised to go to second bids this week.