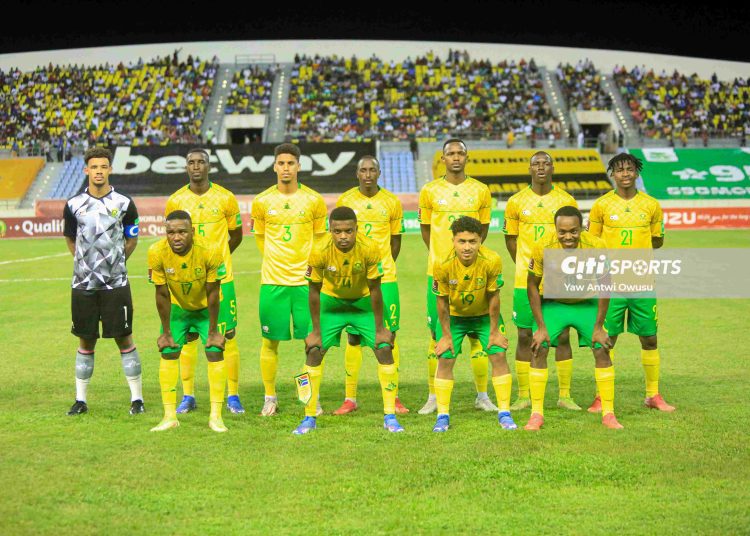 The Ghana Football Association (GFA) is incensed by claims that players of the South African national team were forced to drive nine hours from Accra to Cape Coast before their crucial World Cup Qualifier last Sunday.

Ghana’s 1-0 win which took the Black Stars through to the final round of the 2022 World Cup Qualifiers has come under scrutiny after the South Africans made allegations of bribery and match manipulation.

A popular South African journalist, Robert Marawa tweeted that Bafana Bafana players were made to drive nine hours to the Cape Coast stadium from Accra.

They made the Team to drive 9hrs to the Venue then gave us a fong-kong referee!!

This is obviously cannot be the case, with Cape Coast a three-hour drive from the capital.

Even Marawa was quick to correct his comments in a subsequent tweet, clarifying that they had a six-hour flight from South Africa before the three-hour drive.

4hours to Accra on road and 6 hour flight

The GFA were quick to let the early misinformation go, calling out the South African Football Association for lying.

“The truth is that the distance from Accra to Cape Coast is only 79 miles (127 km). Unfortunately for our colleagues, Cape Coast is a tourist city and many people across the world have been to Cape Coast and would be shocked to hear such a blatant lie from no less a Football Association than the SAFA.

“Our colleagues forgot that we defeated them 2-0 in Cape Coast in November 2019 in a Cup of Nations qualifier,” the GFA said in a statement.

Allegations of match manipulation have dogged the aftermath of the game, with the officially South Africans lodging a complaint to FIFA about the game and requesting an investigation.

FIFA has acknowledged receipt of SA’s complaint and has said it will investigate the matter.

It has referred the case to its Disciplinary Committee for hearing and ruling on November 23, 2021, with the Ghana Football Association (GFA) given until November 20 to submit any statements or evidence.