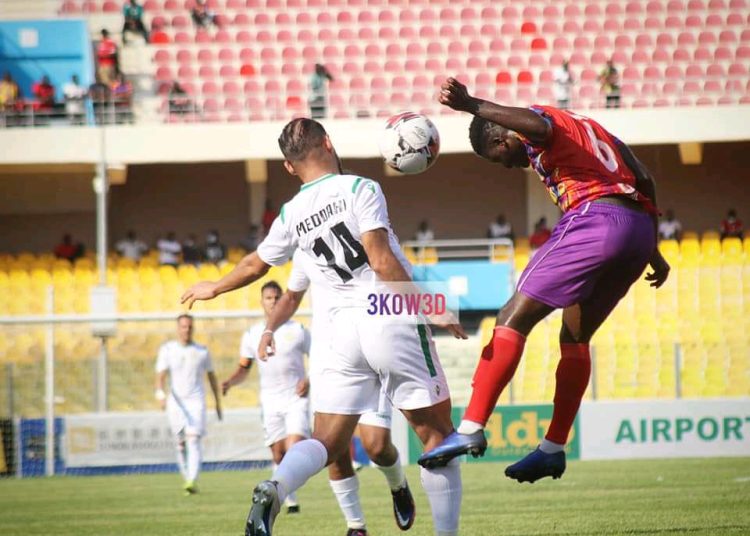 Ghanaian champions Accra Hearts of Oak have been eliminated from the CAF Confederation Cup after suffering an embarrassing 4-0 defeat to Algerian side, JS Saoura who completed a 4-2 aggregate win over the Phobians.

Hearts of Oak had a  2-0 advantage prior to the game and their aspirations of making it to the group stages of the CAF Confederations Cup in well over 10 years were cut short when they conceded two goals before the break before subsequently relinquishing their advantage to hand JS Saoura the spot to the group stages.

Abdeljalil Saad scored the first goal of the game on the 21st minute mark to commence the rout. Oussama Bellatreche grabbed Saoura’s second with eight minutes to the end of the first half.

Oussama Bellatreche grabbed his second of the night and his side’s third to completely overturn the tie in what was indeed a shocking display by Hearts of Oak who were thoroughly poor throughout the match.

The night will go from bad to worse for the GPL champions, conceding the fourth goal with two minutes left on the clock.

The result puts an end to the Hearts of Oak’s dream of making it to the inter-club competition.