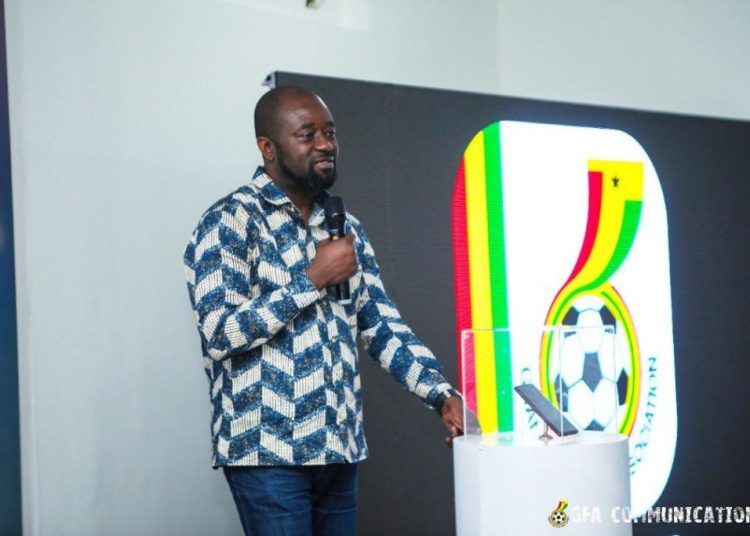 The Ghana Football Association has launched an innovative application to give its consumers exclusive news and updates on Ghana football in real-time.

The app, named Ghana Football App was launched at the Secretariat of the GFA, and is available to download on Google Play Store and Apple Store.

According to the GFA President, Kurt Okraku, the mobile application is to increase the brand visibility of the federation while making content easily accessible to all.

As per the FA President, the new app will be the only platform to access all exclusive contents from the GFA including the announcement of the Black Stars team to start camp in Qatar ahead of the Afcon.

Speaking on the relevance of the App, President Okraku said “With this app, Ghanaian football has experienced a facelift: an essential and effective resolution to global trends and culturally relevant occurrences that impact the Ghanaian football scene”.

‘’The App will be in full swing on Tuesday, December 21, 2021, when the official announcement of Ghana’s provisional squad for the 2022 Africa Cup of Nations is made’’ he added.

Kurt Okraku highlighted that there will be exclusive content from the Black Stars camp which will only be available on the app that has been launched.