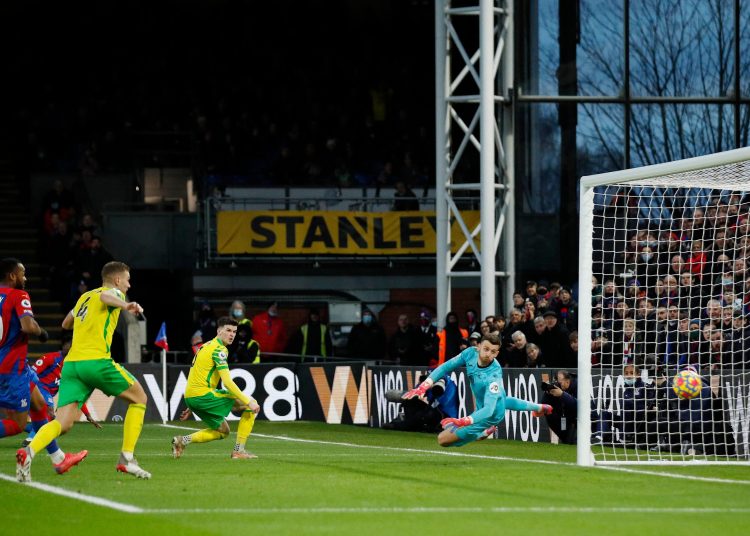 Ghana midfielder, Jeffrey Schlupp, found the back of the net as Crystal Palace walked away with a 3-0 win over Norwich at Selhurst Park on Tuesday.

The goal was Schlupp’s second of the season in 14 games so far this season for the Eagles.

Crystal Palace had a quick start to the game and were handed a penalty after Kenny McLean fouled Will Hughes in the area and Edouard converted from the spot for his first goal since October.

The Ghanaian will add to the woes of Norwich who have been struggling all season by firing home from a tight angle.

There’s no stopping that 🚀#CPFC pic.twitter.com/he4x34dY5J

Patrick Viera’s side then held on to the lead to earn the three maximum points at the end of the game.

Jeffrey Schlupp will be with Crystal Palace in January because he was not called up for the Africa Cup of Nations to be hosted in Cameroon from January 7 to February 6, 2021.