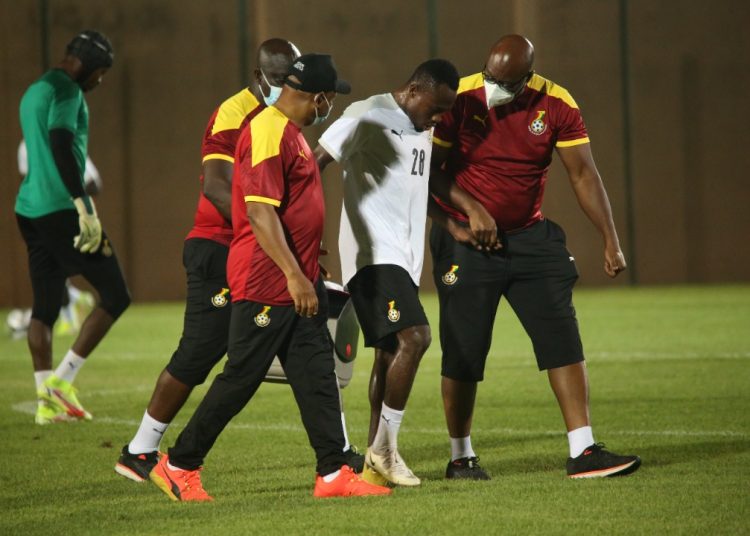 David Abagna is all but out of the Africa Cup of Nations Cameroon 2021 tournament due to an injury to the last toe of the left foot.

The Real Tamale United midfielder sustained the injury during training at the Ahmadou Ahidjo stadium annex on Thursday, January 13, 2022.

Team Doctor Adam Baba Mutawakilu has advised a non-weight bearing and strapping of the left foot, awaiting healing of the injury. The injury to the toe was confirmed after a scan of the left foot at a hospital in Yaoundé on Saturday.

David Abagna is one of the five home based players who were included in the squad for the AFCON squad. He scored 8 goals for Real Tamale United before departing for the Africa Cup of Nations in Cameroon.

He is expected to be on the side-lines for four to five weeks.