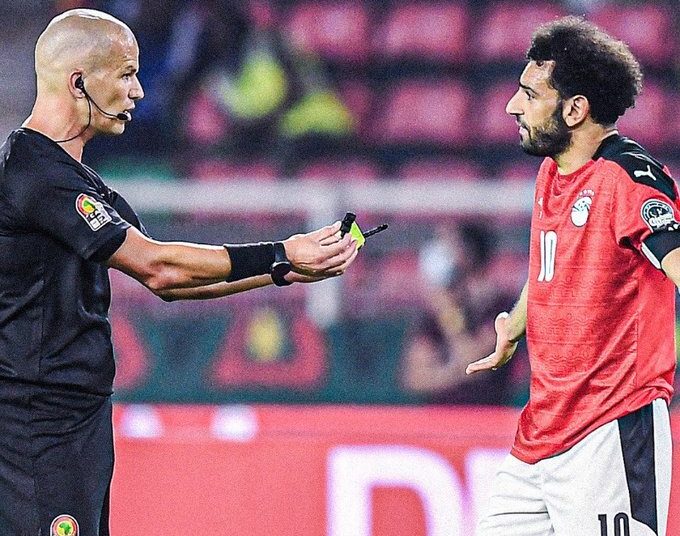 Egypt forward Mohamed Salah is one of the world’s best players.

As such the Liverpool player usually has the ear of officials in matches as he is often a target of opposition defenders, a bit excessively at times.

It was no different at the 2021 AFCON as some defenders resorted to extreme measures to stop the pacy forward from getting into stride.

As captain of the Pharaohs, Salah was also in the ref’s ear a lot on behalf of his teammates as well. 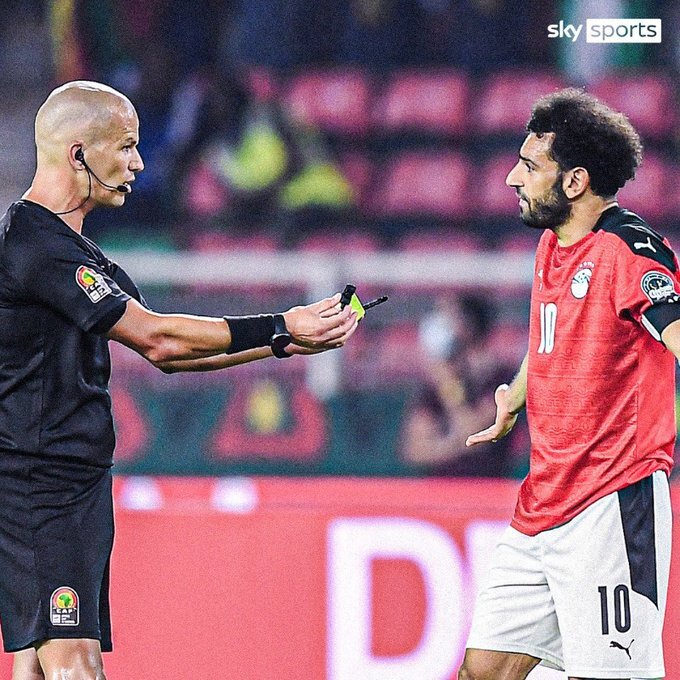 In Sunday’s final referee Victor Gomes had enough of the player’s constant complaints.

After Salah protested a yellow card for one of his teammates, Gomes savagely offered his whistle and card to the Egyptian to officiate the rest of the match.

“Do you want to be the referee?” Gomes appeared to mouth.

Salah was definitely not amused as he walked away but lots of people on social media definitely saw the funny side.

Salah enjoyed Anthony Taylor tax in Premier league for so long, he thought he will get he same.😀😀