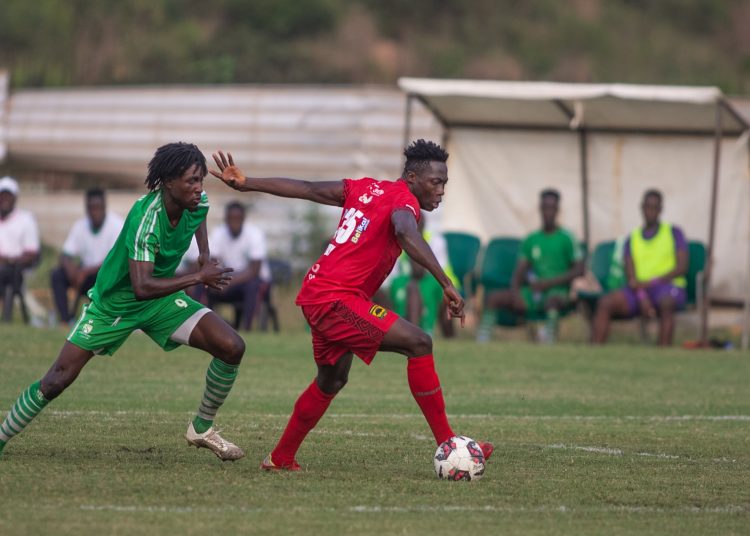 Elmina Sharks came from a goal down to beat Asante Kotoko 2-1 in a Ghana Premier League game on Monday.

Dickson Afoakwa had shot the Porcupine Warriors in front late in the first half after being squared by Frank Etouga.

But Sharks immediately pulled parity before the break through an Ebenezer Boadi header.

Back from recess, Sharks were awarded a penalty following a controversial hand ball. Danlad Ibrahim initially saved from Alhaji Mustapha but the lines man had adjudged that the goalkeeper moved off his line before the kick and ordered it to be retaken.

A melee ensued and Kotoko left back Ibrahim Imoro was sent off before the kick was eventually converted by Alhaji Mustapha on the second attempt.

Justice Blay was brought on for his second Kotoko debut and despite going down a man, Prosper Nartey’s men remained the dominant side for much of the second half and deep into injury time, they were awarded a penalty following a handball in the Sharks box.

But Etouga’s effort was easily saved by Sharks goalkeeper Joseph Essam as Kobinah Emissah’s men wrapped up a first win in 10 games.

The defeat is Kotoko’s first since December 5, 2021 when they lost to King Faisal.