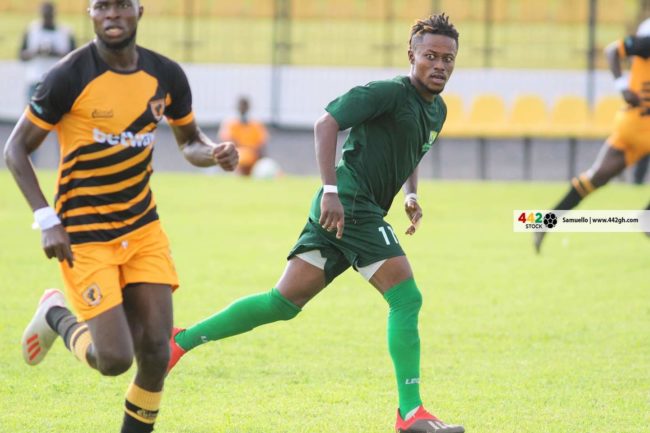 Ghana Premier League club, Elmina Sharks have suffered another defeat at the GFA’s Appeals Committee as they were ordered to pay all outstanding salaries of their former player, Benjamin Tweneboah.

Tweneboah left Sharks in 2021, running down his contract after not being paid for “three months.”

The player filed a complaint to Player Status Committee demanding the payment of his outstanding salaries.

The Committee ruled in favour of Tweneboah, who was represented by Yussif Alhassan Chibsah, ordering the club to settle the arrears owed their former player.

Elmina Sharks appealed the ruling by the Appeals Committee found no merit in the appeal and directed the club to settle their obligations to the player within seven days of the ruling being published.

The club was also ordered to play the player GHS2,000 in damages. 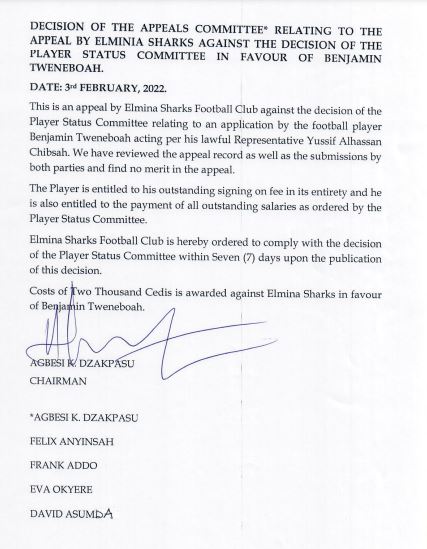