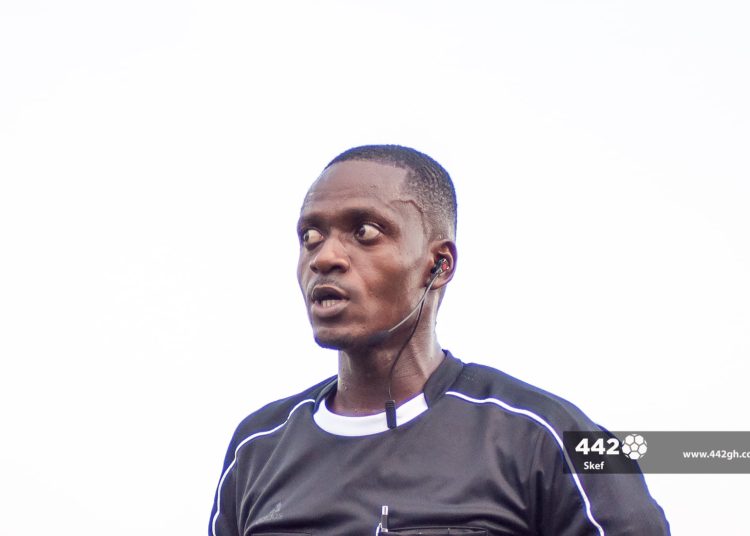 The referee who was handed a four-match ban for an erroneous offside call in the Ghana Premier League match between Kumasi Asante Kotoko and rivals King Faisal has had his punishment overturned after an appeal.

Julian Nunoo and his assistant in that game, Roland Addy, were each handed four-game bans after the Ghana Football Association Match Review Panel finished its assessment of the game.

The panel found that the assistant referee’s problematic positioning early in the game resulted in him incorrectly flagging a Kotoko forward offside.

Referee Julian Nunoo also upheld his assistant’s call and blew his whistle for offside which incensed the Kotoko players.

Mr. Nunoo appealed against the four matchday ban and after reviewing footage from the game, the Appeals Committee decided to overturn the ban.

The Panel determined that the referee could not have overturned the decision made by his assistant to raise his flag for offside as Roland Addy was ahead of him and in line with the players.

The Committee also directed to refund all the expenses made by referee Numoo in the appeal. 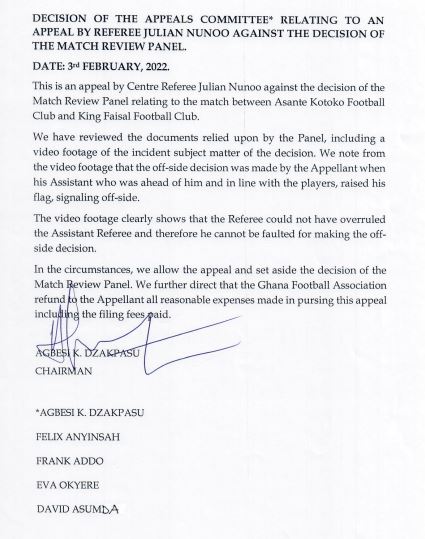 “Be your own man” – Kwesi Nyantakyi tells Otto Addo

"Be your own man" - Kwesi Nyantakyi tells Otto Addo