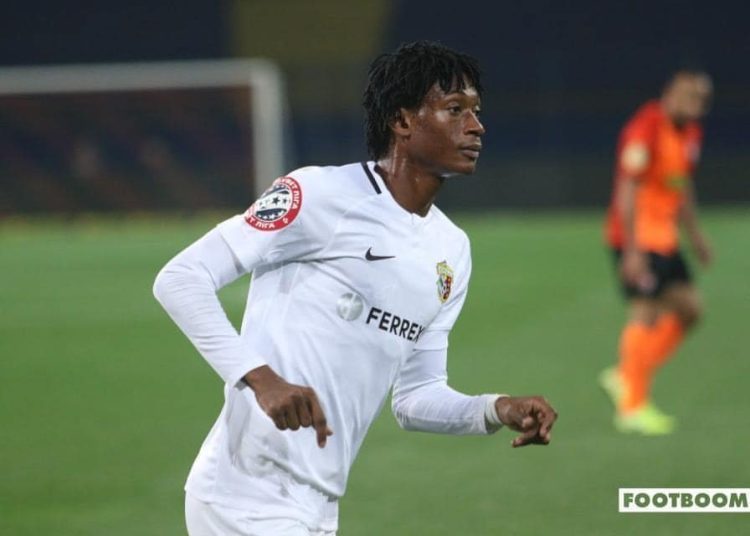 Ghanaian defender, Najeeb Yakubu, who plays for Ukrainian side, FC Vorskla Poltava, has spoken of his current dire situation in the country following the invasion of Russian forces on Thursday.

Najeeb narrated the events of Thursday morning’s invasion to Citi Sports editor, Fentuo Tahiru in an interview, and spoke about the feeling of helplessness that spread throughout the city once news of Russia’s attack filtered through to the players.

“Yesterday when I went to training, everything was fine. This morning, I woke up to the news [of the attack]. They sent an emergency message that there wouldn’t be training and that we should stay at home and be safe. I called my friends in the city that was attacked and they said this is not a movie, it’s serious,” he said.

The United Nations says about 100,000 people have already fled from their homes as Russia continued its land, air and sea attacks and edged closer to the Ukrainian capital.

There have been reports of casualties including a man who was killed in shelling outside the major north-eastern city of Kharkiv, an hour and a half away from where Najeed stays.

The player confirmed that most services where he lives have ground to a halt, with no indication that the situation will improve soon.

“I am about an hour and a half away from Kharkiv, a city that’s been attacked. We’re just confused and we’re stuck here. Nothing is working; no banks, trains, taxis, airports or restaurants, nothing. Everything is finished in the shops. We don’t know what to do. We have to move as soon as possible but how can we? We are stuck here.,” he said.

The attack by the Russians prompted a rush to the various supermarkets, as residents in Ukraine stocked up for the coming days.

Najeeb stated that while he managed to pick up some groceries and items from the shops before they predictably run out of stock, they would only be enough for about three days.

“There’s not enough [groceries]. You can’t get enough because before you get to the shops, it’s almost done. So you have to pick a few things and leave some for someone else, so that everyone can get something.”

“[What I have is enough for] maybe two, three days I think. If they restock I can go get some more foodstuffs but I really don’t know what’s going to happen tomorrow or the day after.”

Najeeb admitted that it would be difficult to evacuate them as the closest border, the Polish crossing, was 15 hours away by bus.

“I don’t know if someone would be willing to sacrifice and take us there. It’s hard, we don’t know what to do,” he said with a sigh.