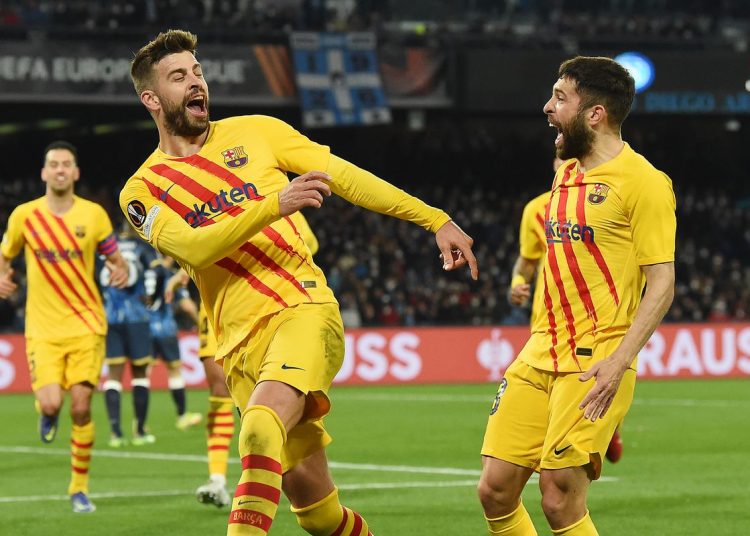 Barcelona put in an impressive performance to beat Napoli and reach the Europa League last 16.

They led by two goals when Jordi Alba finished off a counter-attack from Adama Traore’s ball and Frenkie de Jong curled in a stunning shot.

Lorenzo Insigne gave Napoli hope with a penalty to make it 3-2 on aggregate.

But Gerard Pique scored and Pierre-Emerick Aubameyang fired into the top corner from Traore’s pass, with Matteo Politano netting a late consolation.

Barcelona will discover their last-16 opponents – one of the Europa League group winners – in Friday’s draw.