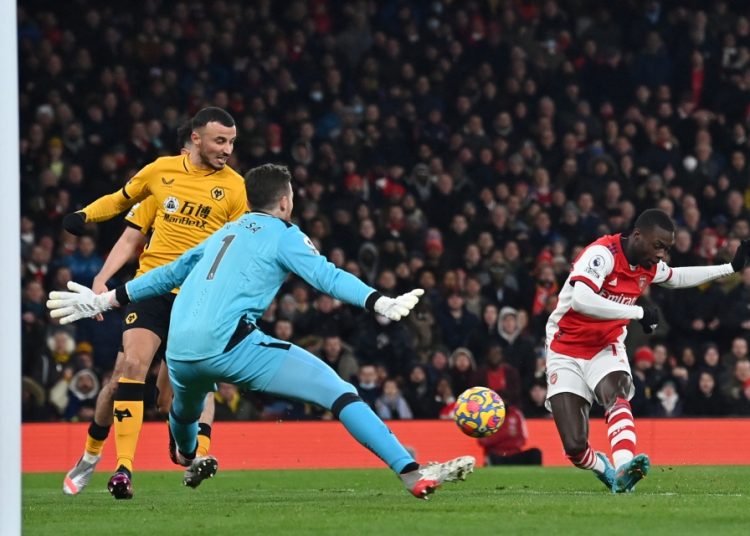 Two late Arsenal goals meant they came from behind to beat Wolves at the Emirates Stadium, which sees them continue their push for the top four.

An early goal from South Korean international Hwang Hee-chan after ten minutes put Bruno Lage’s side in a good position in the first half.

The centre-forward pounced on a poor back pass from Gabriel to Aaron Ramsdale, which meant he could tuck the ball into an empty net from a tight angle.

Arsenal created plenty of chances but struggled to break down a resilient Wolves backline.

But Nicolas Pepe, who came on just ten minutes before his goal, finished smartly past Jose Sa after a clever turn and helped turn the game around.

And it was Alexandre Lacazette who was key in the winning goal in added time, scuffing past Sa, who diverted the ball towards the goal, rather than away from it.

It was the first time Wolves had lost when scoring first in 45 matches, dating back to a 2-1 defeat away at Cardiff in November 2018.