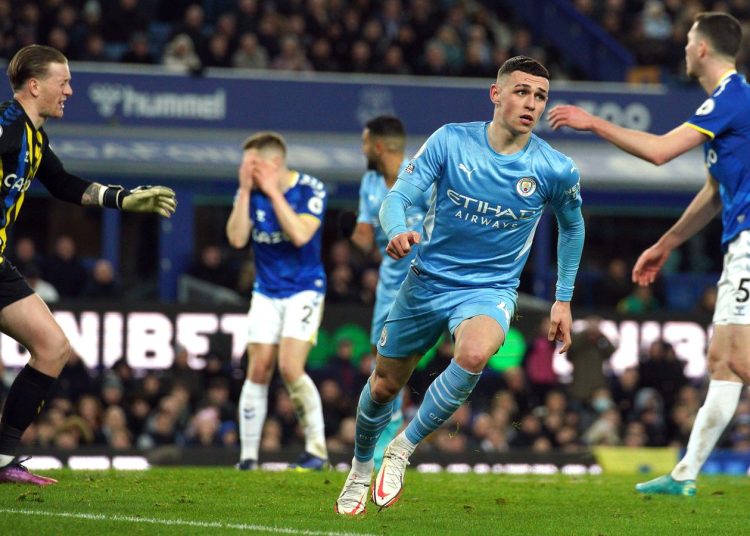 Phil Foden’s late goal condemned Everton to a 1-0 defeat at Goodison Park as Manchester City extended their lead over Liverpool to six points.

The Premier League champions dominated the second half but had to work hard for their win with Rodri coming close to giving away a penalty in the closing stages.

On an emotional evening at Goodison, in which support for Ukraine was a pre-match focus, Frank Lampard’s side showed plenty of commitment throughout. But the defeat leaves them now only one point above the relegation zone because of results elsewhere.

Pep Guardiola’s City had to rely on an error from Michael Keane for the only goal in the 82nd minute – and Rodri not being penalised when the ball struck him on the upper arm.

But the victory, a 15th in 17 Premier League games, means they move one step closer to retaining their title – six points clear now, though Liverpool have a game in hand.