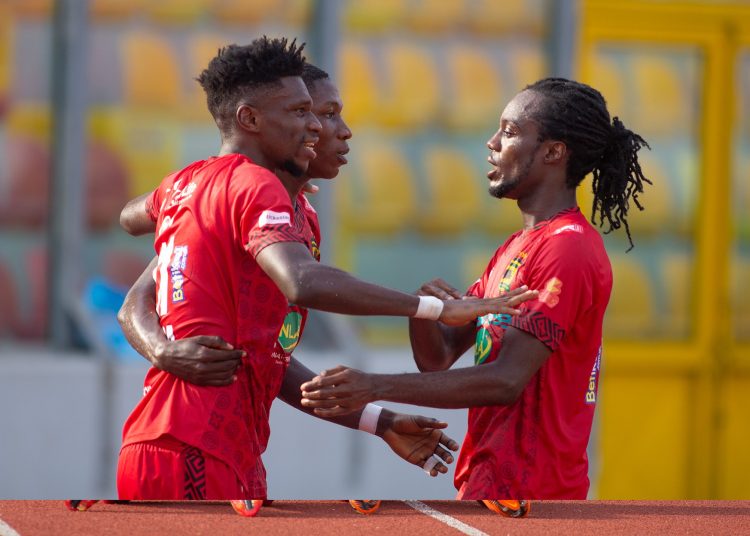 Ghana Premier League leaders, Asante Kotoko extended their lead at the top of the GPL  table with a 2-0 victory over Dreams FC, thanks to a Franck Mbella Etouga brace in Kumasi.

Prosper Ogum’s men extended their lead at the top to 10 points. 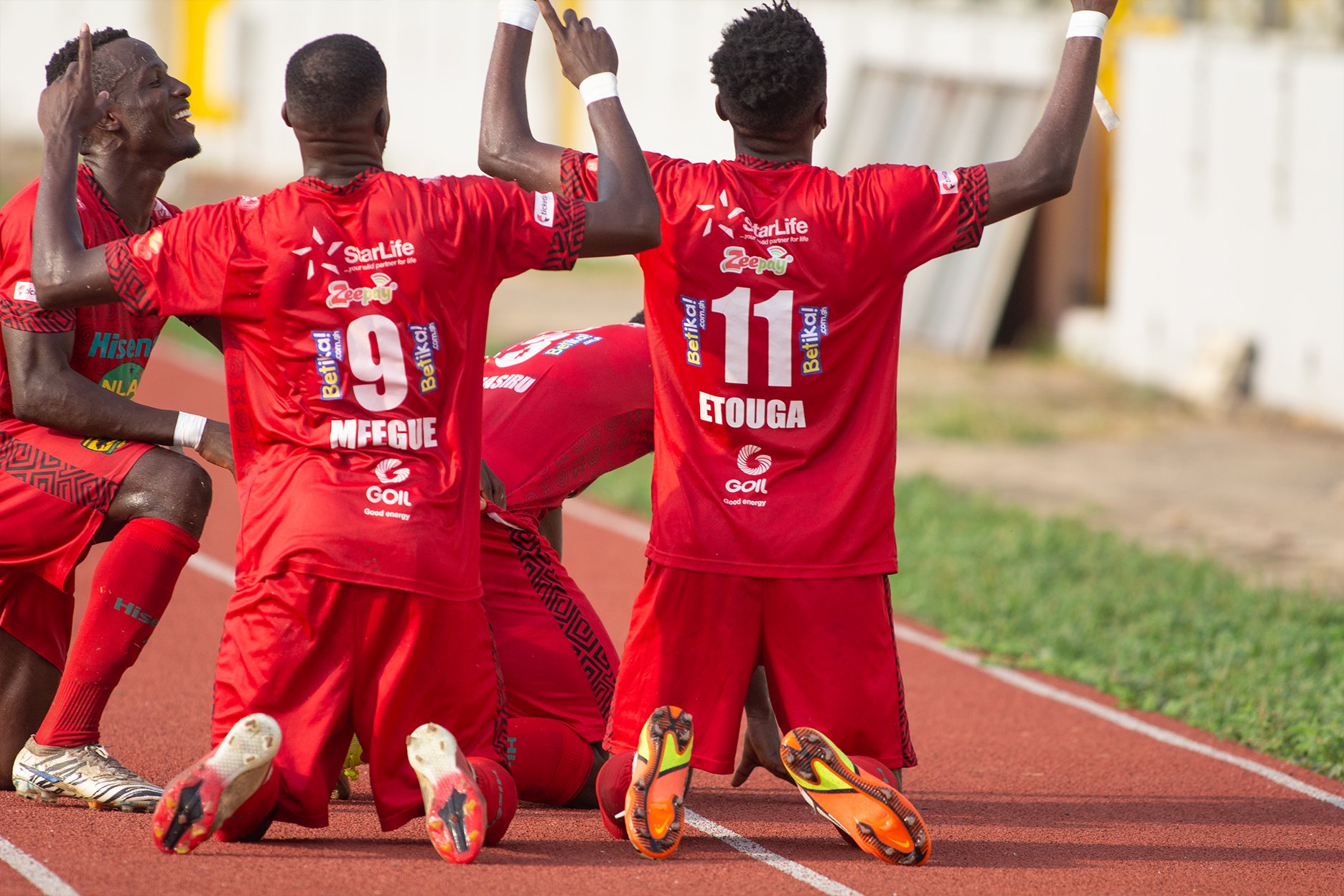 Eleven Wonders stunned Ashantigold SC, as they thumped the Miners 4-1 in Obuasi with Mohamed Nortey Tetteh, Osman Zackaria and Andrews Kuma finding the back of the net for the relegation-threatened side.

Aduana Stars humbled Karela thanks to a superb brace by Bright Adjei in a dominant performance from the Ogya Boys.

Medeama also recorded a slim 1-0 win over the second-placed side, Bechem United.

WAFA continued to struggle for form as they recorded their eighth defeat of the season in a 2-1 loss to King Faisal, with Osman Ibrahim and Mawuli Wayo scoring for Alhaji Grunsah’s boys.

At the El Wak Sports Stadium on Saturday, Maxwell Konadu kept his unbeaten record against Hearts of Oak as Amadu Osman cancelled Isaac Mensah’s first-half opener to give Legon Cities an important draw.

Real Tamale United and Accra Great Olympics will play today in Tamale to complete the round of games for Game Day 18.

The results keep Asante Kotoko and Bechem United in first and second, with Aduana Stars climbing to third on the league log.