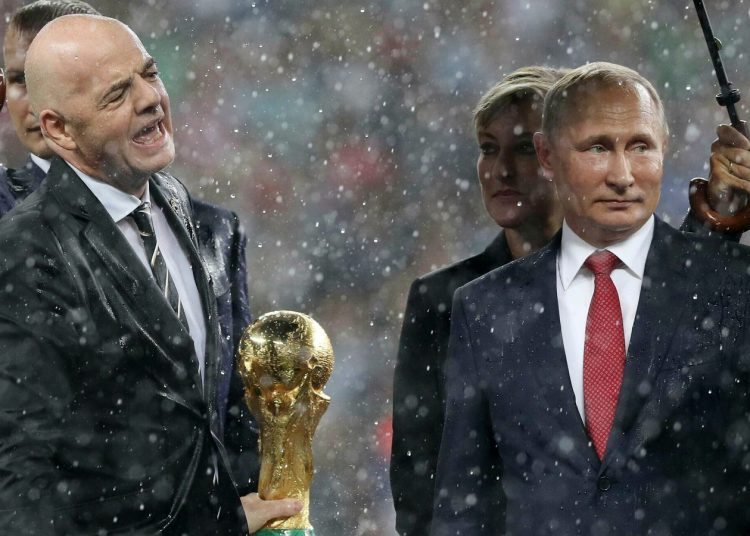 0
SHARES
243
VIEWS
Share on FacebookShare on TwitterShare via Whatsapp

Football’s world governing body is working closely with UEFA and a decision is expected later on Monday.

The decision would mean Russia would not be able to play their World Cup play-off against Poland next month.

FIFA’s original decision to stop short of suspending Russia was not final.