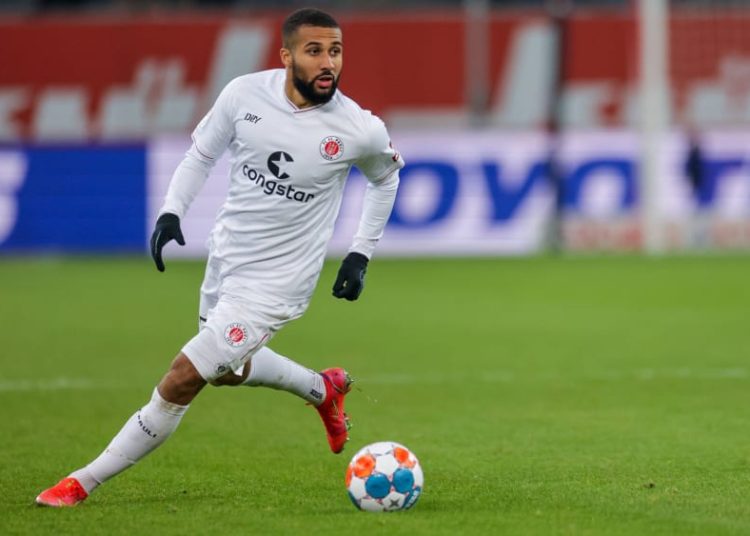 It was the attacking midfielder who fired the visiting Boys in Brown into the lead with a curled free-kick into the top corner in the 22nd minute.

Ingolstadt, however, cancelled out the lead through Dennis Eckert Ayensa on 35 minutes.

Just two minutes later, Guido Burgstaller restored the lead for St. Pauli after a one-two between Kyereh and Marcel Hartel.

Simon Makienok sealed the 3-1 win with a bullet header just 10 minutes into the second half.

Kyereh made way for Marcel Beifus in stoppage time. He takes his season stats to 7 goals and 10 assists in 21 league games.

Another Ghanaian was in action on the afternoon – midfielder Hans Nunoo Sarpei played full throttle for the home side Ingolstadt.

Promotion-chasing St. Pauli currently find themselves in third position after 24 matches. They are just a point shy of top spot occupied by SV Werder Bremen.