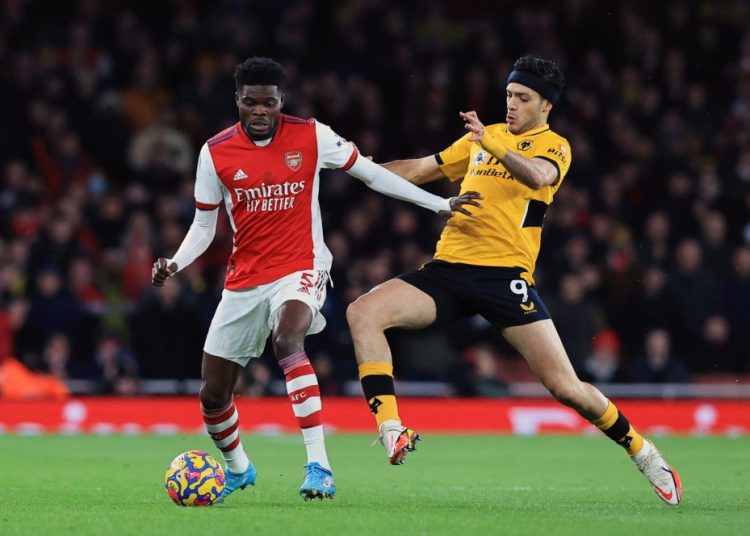 Ghanaian midfielder, Thomas Partey has been named Arsenal’s player of the month for the first time since joining the club.

🥁 Introducing our February Player of the Month…

The 28-year-old narrowly edged Martin Odegaard and Bukayo Saka with 49% of the votes to claim the award for the month of February.

Partey was instrumental in the Gunners’ 1-0 win over Wolves at the beginning of the month.

The former Atlético Madrid was brilliant once again for Mikel Arteta’s side when they beat Brentford 2-1 at the Emirates Stadium.

The 28-year-old helped Arsenal round off the month in style with an energetic display in midfield as they came from a goal down to defeat Wolves late on at Emirates Stadium.

Mikel Arteta will be relying on the Ghanaian international as Arsenal fight for a spot in the UEFA Champions League for the first time since the 2016/2017 season.