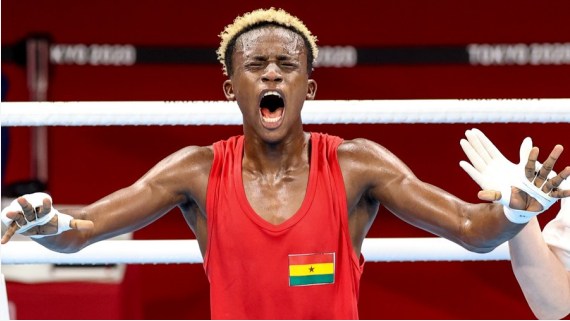 Olympic Bronze medalist Samuel Takyi has made a passionate plea to Ghanaians to support him as he officially announced that he has made the transition from amateur to full professional.

Takyi, who won bronze medal at the Games, is expected to engage in his first professional bout on April 16, 2022, under the Bazooka Promotions and Management Syndicate (BPMS), owned by former Welterweight Champion Ike “Bazooka” Quartey.

He is expected to fight Kamarodeen Neequaye Boyefio, 34, in a Super Featherweight contest at the Accra City Hotel.

The young boxer believes that if he has the good will of the people of Ghana he will be able to replicate his amateur success at the professional level.

“I am now a professional boxer and I am no more an amateur boxer again.

“I am begging Ghanaians to give me the same support they gave me at the amateur level at the professional level as well.

“I promise them that I am going to become a world champion at the professional level,” he stated.