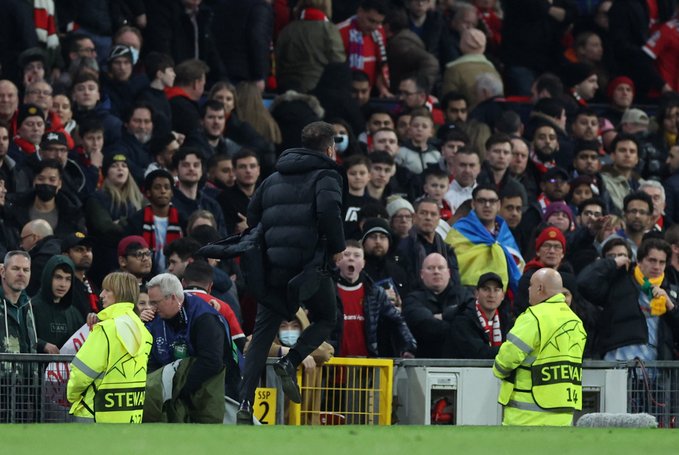 Manchester United fans were quite understandably upset after a 1-0 loss at home to Atletico Madrid which knocked them out of the Champions League 2-1 on aggregate.

However, they decided to take out their frustrations in a despicable manner by pelting the winning manager with bottles and drinks as he made his way to the tunnel.

Atletico manager, Diego Simeone sprinted down the touchline after the full-time whistle to the tunnel – as he usually does after games – where he was met with the missiles and abuse from aggrieved United fans. 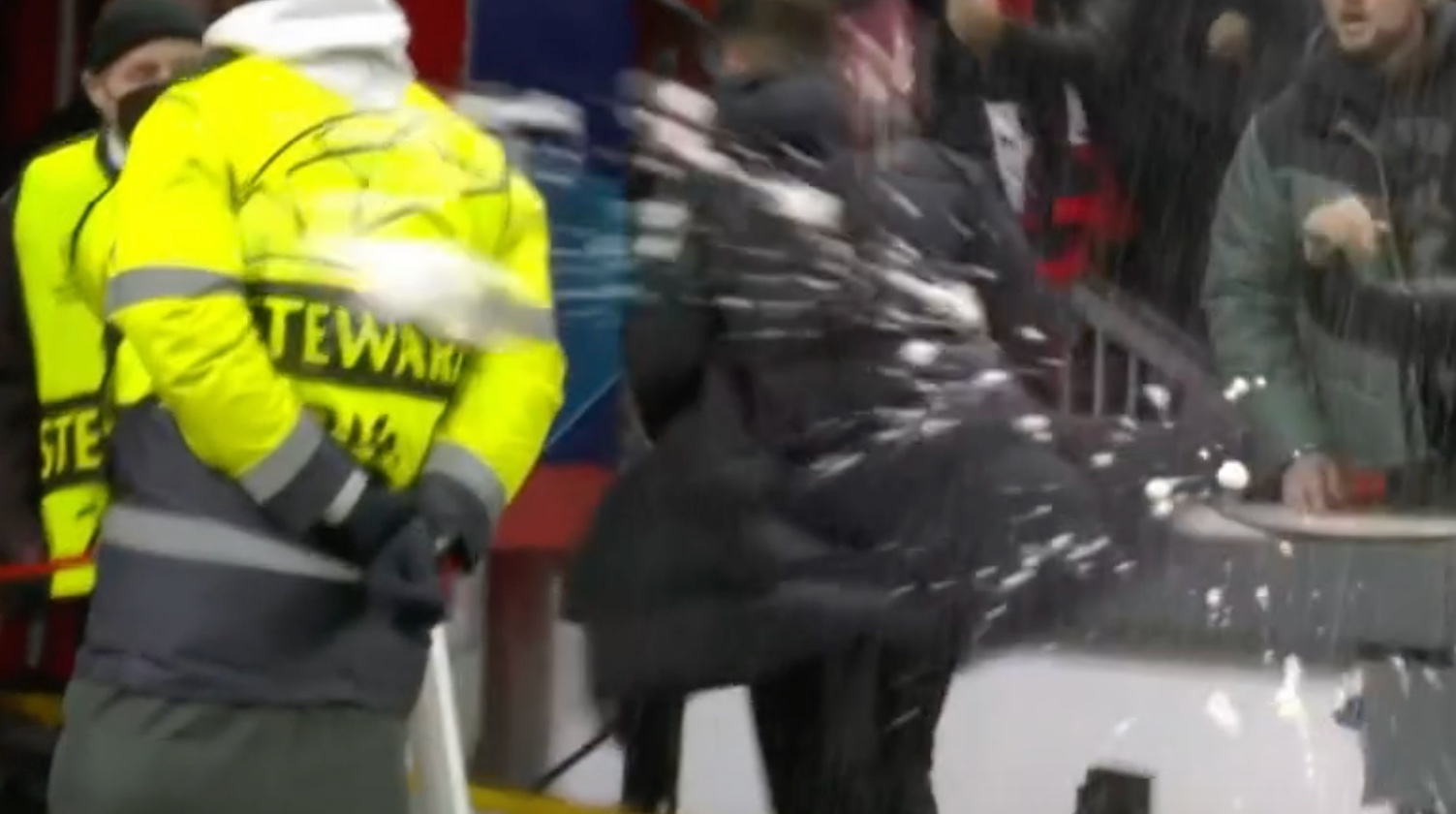 The sure-footed Simeone darted around the missiles from the Red Devils supported and went into the tunnel, not even acknowledging the torrents of abuse he was receiving.

UEFA have previously clamped down on the throwing of items by fans during matches and it is expected that United will be charged, adding more salt to the already raw wounds of their exit.

On Twitter, there was widespread criticism of the behaviour of the home fans, with many calling for harsh punishments to deter similar acts in the future.

Man United fans threw bottles at Simeone last night and somehow the English media is quiet about it. I can’t begin to imagine the outrage from the media if it was Chelsea fans

Disgusting scenes from Man United fans throwing bottles at Simeone over a lost game, just imagine the media outrage if it were Chelsea fans. pic.twitter.com/us5SXI8oas

There are a lot of people to blame tonight but Simeone is not one of them. Set his team up well and shut the game down in the 2nd half.