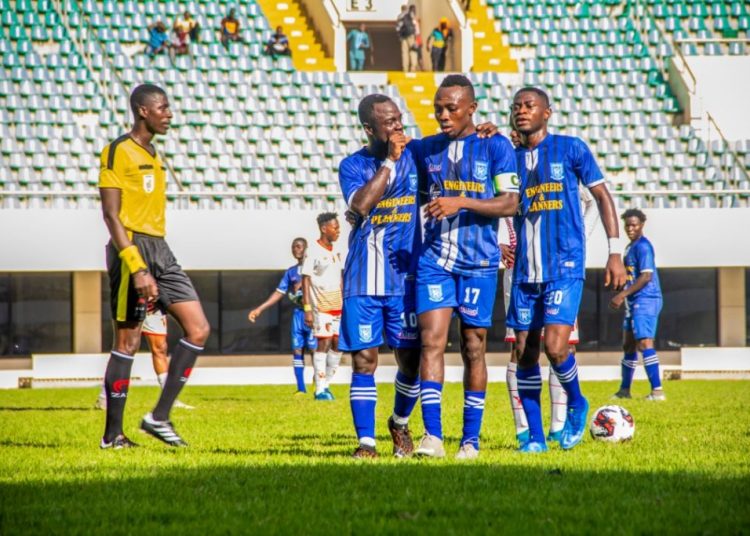 The Ghana Football Association has issued an indefinite ban on Real Tamale United’s use of the Tamale Sports Stadium for any football competition.

The decision after video footage emerged of RTU fans storming the inner perimeter of the stadium to beat up match officials following their 1-1 draw with Aduana Stars in a GPL game last weekend.

The incident sparked outrage on social media, and the GFA have moved to quickly remove the venue from hosting RTU’s games, describing the incident as “an attack against the entire sport, it being unwarranted and criminal”.

A statement signed by the association’s General Secretary, Prosper Harrison Addo, said the decision was taken by the GFA’s Executive Council, which exercised its powers under article 14 (2) of the Premier League Regulations (2019). 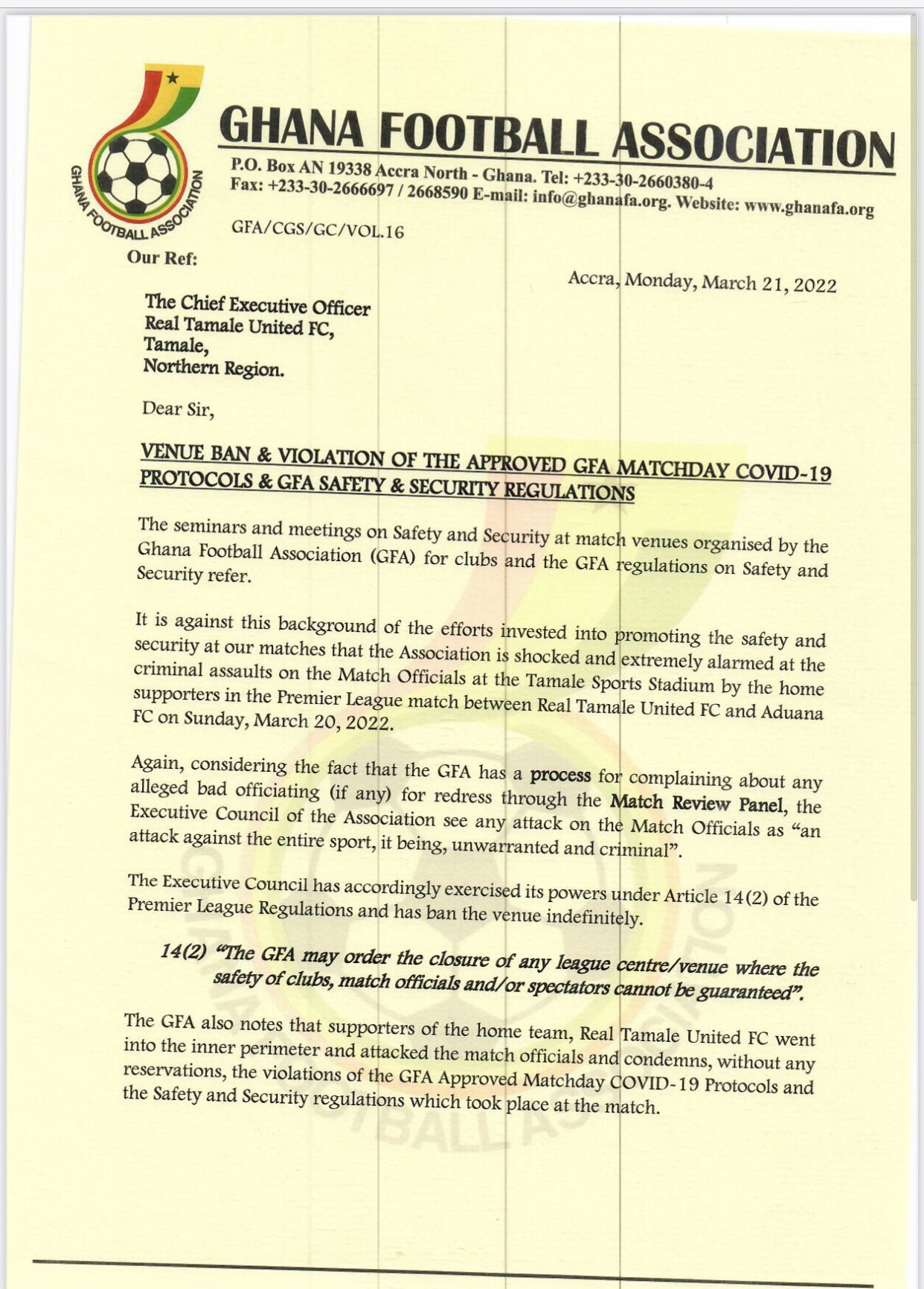 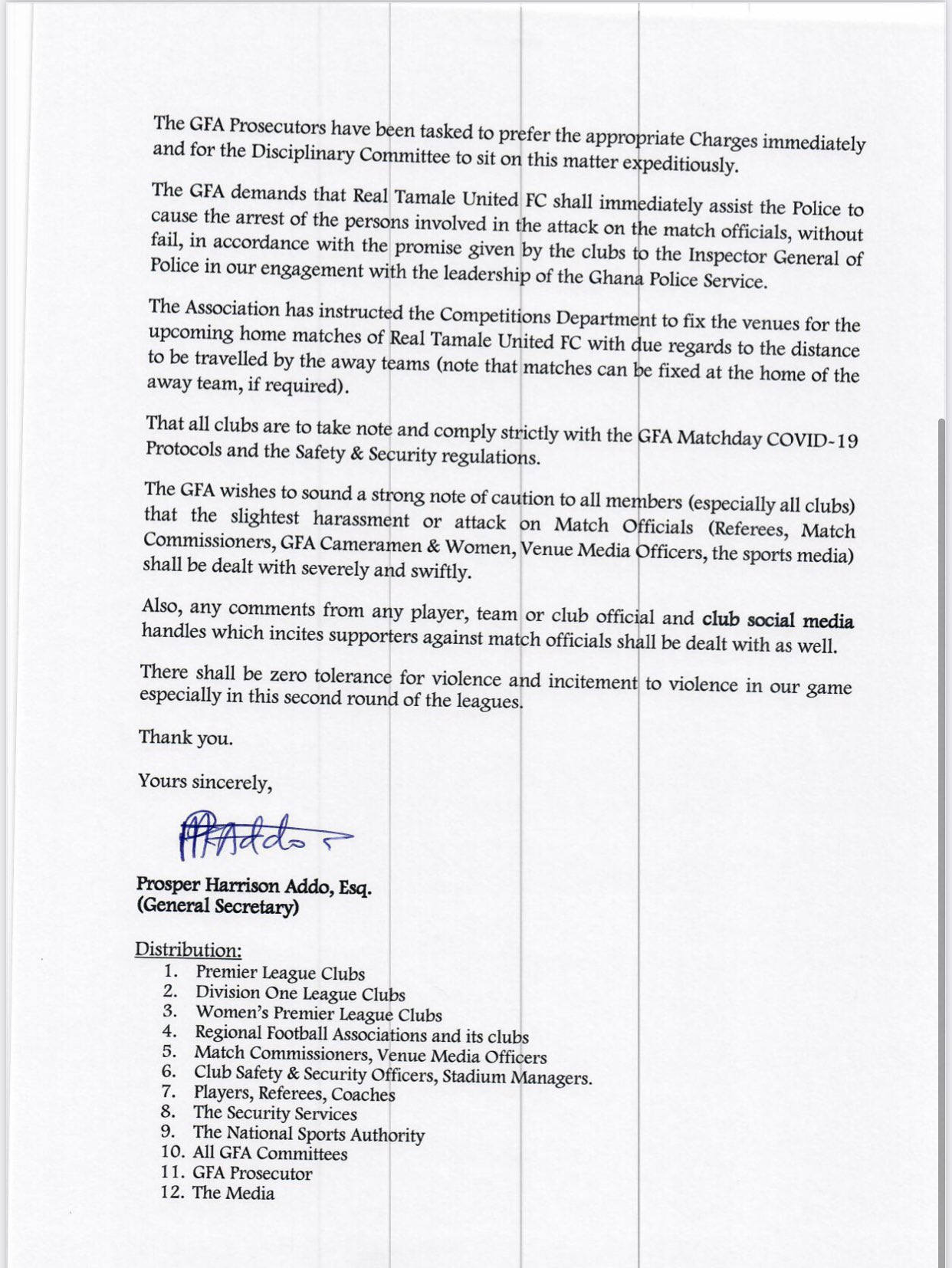 The matter has subsequently been referred to the GFA Prosecutors to prefer the appropriate charges and the Disciplinary Committee to sit on the matter.

See video of the incident below:

Barbaric act as @RTUfcOfficial fans invaded the inner perimeter to chase and beat the referee after their 1all draw against @AduanaStarsFc today 😔 🇬🇭 ⚽️ pic.twitter.com/qb49opn6b1

RTU, who only gained promotion to the top division this season after 11 years in the Division One, risk getting relegated following their recent troubles.

They are winless in their last 8 games, a run that has left the club just one point above the relegation zone.

On March 8, 2022, angry fans of the club besieged the club’s training grounds  in protest of their poor form in the Ghana Premier League.