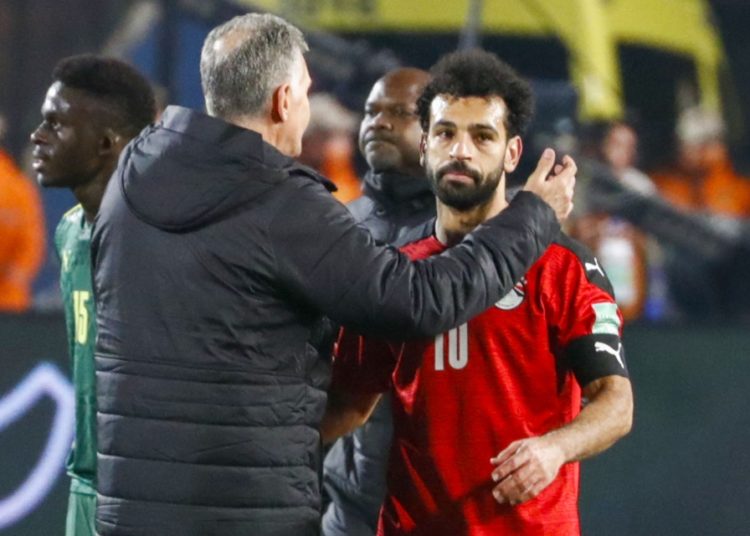 The Egyptian FA says its players – and Mohamed Salah in particular – were the subject of racist abuse from Senegal fans during their World Cup play-off game.

It also claims Senegalese fans threw bottles and rocks at players during the warm-ups and attacked the team bus as it approached the stadium.

Liverpool forward Sadio Mane slotted the decisive spot-kick in the penalty shoot-out to send Senegal to the World Cup finals at Egypt’s expense.

A statement from the Egypt FA said: “The Egypt national team have been exposed to racism with offensive signs in the stands against the Egyptian players in general, and Mohamed Salah in particular.

“The crowd also intimidated the players by throwing bottles and rocks on them during the warm-up.

“The Egyptian group’s busses have also been exposed to assaults that led to broken windows and injuries; filed with pictures and videos as proof in the complaint submitted.”

There was further controversy during the game as it appeared home fans shone lasers in the eyes of Egyptian players as they prepared to take penalties.

As Salah waited to take his spot-kick, lasers could be seen shining on his face and videos on social media appeared to show that it was home fans with the lasers. Salah missed his penalty – blazing his kick over the bar.

The result was a repeat of the Africa Cup of Nations final two months ago when Mane again scored the winning penalty.

Senegal dominated most of the proceedings and Egypt were indebted to goalkeeper Mohamed El Shenawy, who produced a series of stunning saves to deny Pape Abdou Cisse and Ismaila Sarr in extra time.

“I was not worried about how they’ll manage the game mentally. We have guys who have won the Champions League,” said winning coach Aliou Cisse.