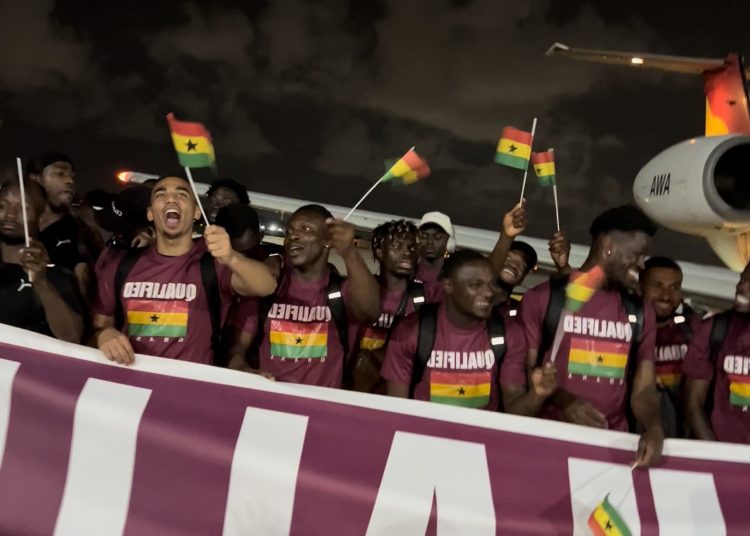 Black Stars players were met at the Kotoka International Airport with bottles of champagne to celebrate qualifying for the 2022 World Cup ahead of rivals Nigeria.

The team arrived at 2 am on Wednesday morning, just hours after a 1-1 draw with the Super Eagles of Nigeria secured the team one of Africa’s five tickets to this year’s World Cup in Qatar.

But the late hours did not stop officials and supporters of the team from celebrating the achievement, with Sports Minister Mustapha Ussif leading the delegation that met the team on arrival at the airport.

And he came bearing bottles of champagne, which were popped and spilt over the tarmac as captain Thomas Partey led his teammates off the Africa World chartered flight.

Speaking to Citi Sports while drenched in champagne, Partey said, “everybody is happy, and we have to celebrate. We believed in ourselves and trusted each other, and now we have qualified. I am very grateful to this team.”

Partey’s opening goal gave Ghana an early lead in Abuja before William Troost-Ekong equalized through the penalty spot in front of a full capacity crowd in Abuja.

Ghana qualified on the away goal rule after the first leg ended 0-0 in Kumasi.

It is the fourth time Ghana will be making an appearance at the global football event, having previously been there in 2006, 2010 and 2014.