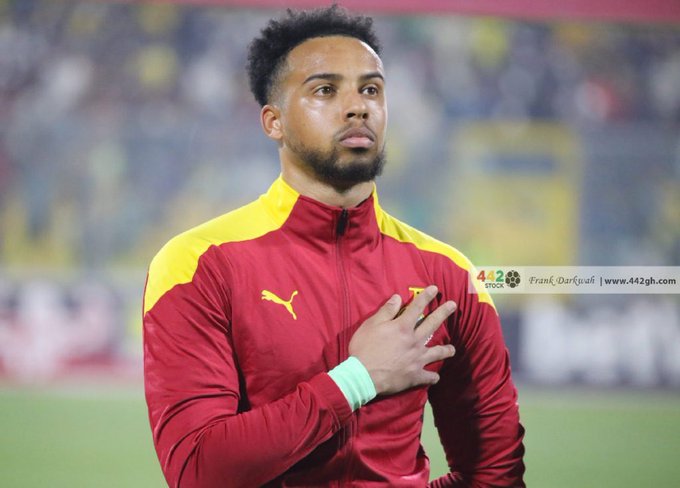 Chastised, dismissed and vilified even before he arrived in camp for his first game, Joseph Wollacott must’ve wondered whether being Ghanaian was a crime.

The Swindon Town man made his debut for the Black Stars in the FIFA World Cup qualifier against Zimbabwe back in October, in what at the time looked like a make shift move to replace the injured Richard Ofori.

He however went on to start the subsequent three qualifying games, keeping two clean sheets in the process. Yet, somehow, a large section of Ghanaian football fans wanted him out of the team, simply because of where he played – the English fourth tier.

The AFCON in Cameroon completely worsened the situation. Every goal Ghana conceded was made to look like his fault, as objectivity was thrown out the window in favour of a deliberate agenda. But life and football always vindicates, and Wollacott was always going to have his “in your face” moment.

When Ghana’s squad for the FIFA World Cup qualifying playoffs against Nigeria was published, many expected the returning deputy captain, Richard Ofori, to retake his place as Ghana number one, ahead of Wollacott.

But Head Coach Otto Addo had different ideas. He stuck with the Swindon Town man, and Wollacott repaid that trust with a solid performance in the first leg at the Baba Yara Sports Stadium in Kumasi. The 25 year old Bristol born man pulled off the save of the game, when he denied Nigerian forward Moses Simon from close range with his feet to maintain the clean sheet.

A clean sheet which proved pivotal in the Ghana’s success over two legs.

However, it was his performance in the return leg at the 60,000 capacity Moshood Abiola Stadium in Abuja that stood tall. In front of a loud and vociferous crowd, the largely inexperienced Wollacott impressively held his own, when a number of players on the field were clearly overwhelmed by the situation – his opposite number, Francis Uzoho, top of that list.

He showed great aerial command of his area, stepping out to snuff out danger when necessary – much to his credit, as that was perceived to be a weakness in his game. Talk of turning up for the big occasions.

With the score level at 1-1, Wollacott produced what could go down as one of the saves of the qualifying series, with out of this world reflexes, to deny what seemed like a bang on goal by Nigeria’s Leon Balogun. The entire stadium stood up expecting the net to ripple, but the strong, quick palms of Wollacott were on hand to stop a certain Nigeria goal.

I still can’t get over this save. JOSEPH WOLLACOTT!!! pic.twitter.com/T0KtElG8He

Moments like that define games. They’re fine margins between winning and losing, and top every team needs their goalkeeper in times like that. For Ghana, thankfully, Joseph Wollacott stood tall and showed his class.

With those two big saves, especially the one in Abuja against Balogun, he was largely instrumental in sending Ghana to the Qatar World Cup. Way to go, Joseph Wollacott! Today, Ghanaians smile because of you, and you’ve taught us not to judge a book but it’s cover. Thank you.