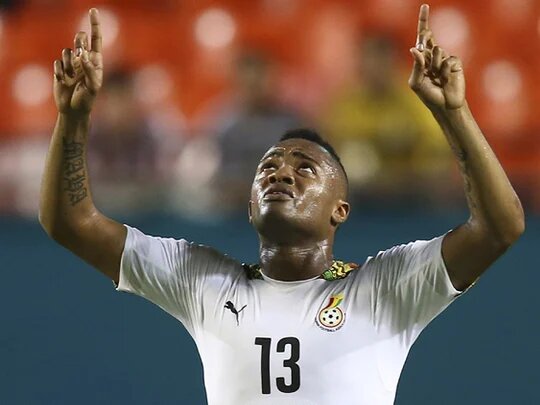 Black Stars forward Jordan Ayew has been vilified in recent months by fans who feel he doesn’t warrant a place in the starting lineup.

Despite being the player with the most goals and appearances for the national team in the most recent squad, the Crystal Palace forward has failed to find the net in an entire calendar year for the Black Stars.

In spite of his recent form, Jordan has had his moments with the national team, including one of his best against one of Ghana’s opponents at the next World Cup.

The last time the Black Stars faced South Korea in an international friendly in 2014, Jordan Ayew was on fire, scoring a hat-trick as Ghana ran out 4-0 winners.

Jordan came on as a sixth-minute substitute for the injured Majeed Waris and proceeded to wreak havoc.

He was on target just five minutes later bundling in a cross from his brother Andre.

He added further goals in the 53rd – a long-range effort and the 89th minutes – a poacher’s finish in the box.

The Crystal Palace is all-but-guaranteed a pot on the plane to Qatar and will be hoping to rediscover his best goalscoring form for the Black Stars.

Take a look at his goals below: