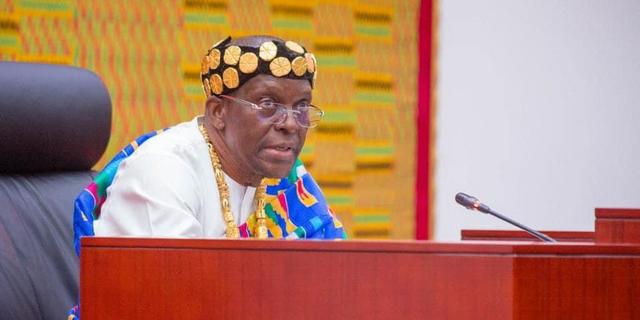 Speaker of Parliament, Alban Bagbin, has lamented the loss of Kwesi Nyantakyi from the football fraternity.

Nyantakyi, who served as President of the GFA for 13 years (2005 – 2018), was removed from office following the fall out of the ‘Number 12’ documentary which exposed corruption in Ghana football.

He is currently serving a 15 year ban from all football related activities.

Under his stewardship Ghana reached their first of three straight World Cups. They also began a streak of 6 straight semi final appearances at the AFCON which ended in 2019.

Following his resignation and subsequent ban, the fortunes of the Black Stars have taken a turn for the worse. Ghana recorded their worst ever result at an AFCON, which was capped by a 3-2 defeat by tournament debutants Comoros.

Despite the recent World Cup qualification against Nigeria, Bagbin was full of praise for the disgraced Nyantakyi:

“He was one of the brightest spots at FIFA, he was a dynamic addition, he was highly respected and very influential.”

The former MP for Nadowli West was adamant that the fortunes of the Black Stars were directly linked to Nyantakyi as he said:

He concluded by saying: