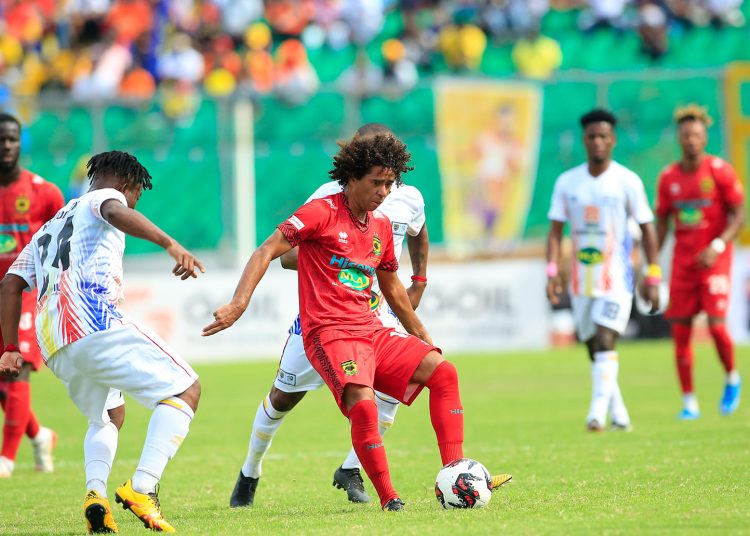 The management of Accra Hearts of Oak have officially filed a protest with the Ghana Football Association over the performance of referee Joseph Kenney Padi in their 1-0 defeat to Asante Kotoko in a game week 24 Ghana Premier League encounter.

The Phobians are particularly enraged by the referee’s decision to award a penalty to the Porcupine Warriors, which was converted by Frank Etouga to give the league leaders all three points in Kumasi. 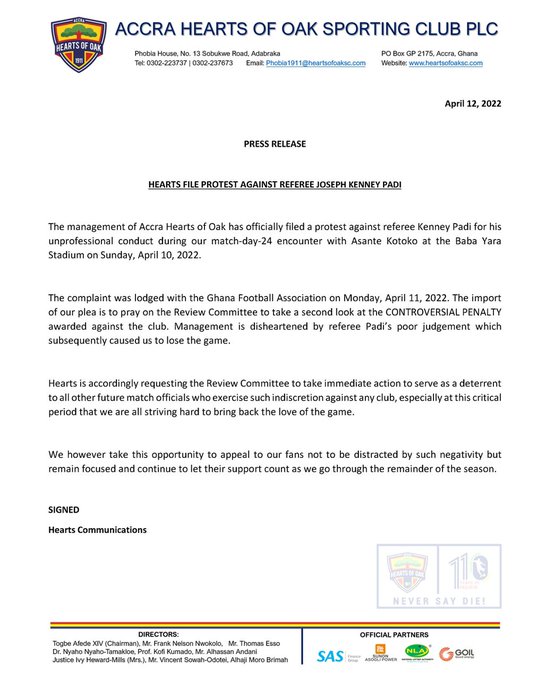 In a statement released on Tuesday, April 12, 2022, Hearts of Oak say they want the Match Review Committee to take a second look at the penalty, which they describe as ‘controversial’.

They also want the referee punished to ‘serve as deterrent’ to other referees who intend to ‘unprofessionally conduct’ themselves.

SEE THE INCIDENT BELOW: